Podcast: Bessbrook United on Junior Cup curse and step up to Mid-Ulster football next season 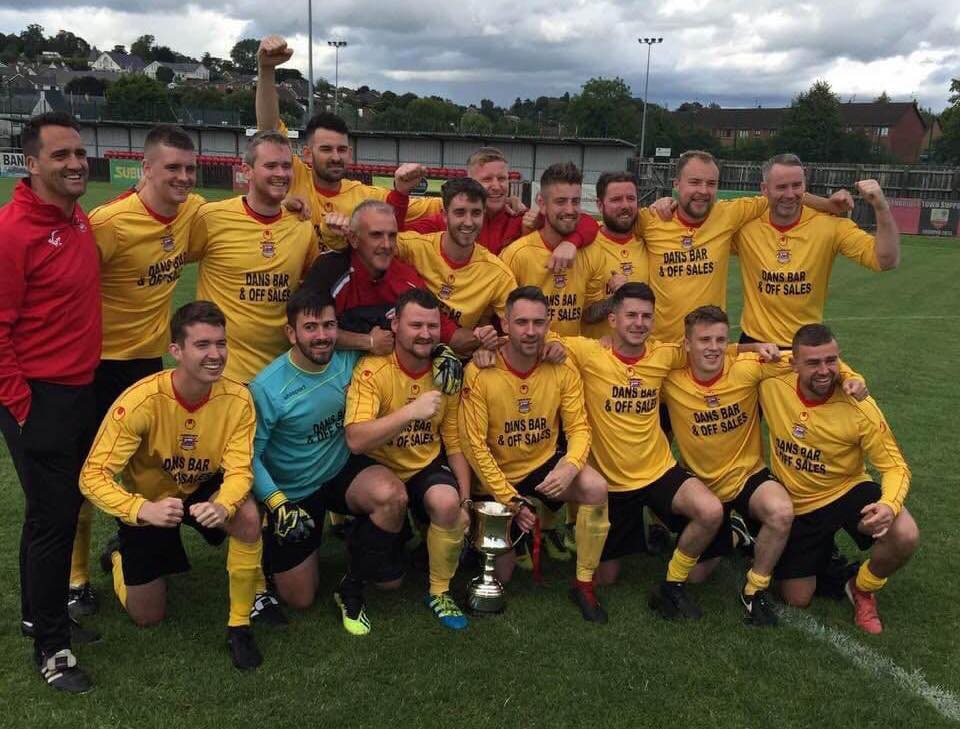 In the first of our brand new ‘The I on the Ball’ podcast, we sat down with Bessbrook United managers Ben Treanor and Tommy Mooney.

Our new weekly podcast – proudly sponsored by Blackhill Energy – will delve into the local sporting scene each week, bringing you the talking points from around the county.

This week, we spoke to the ‘Brook managers, as their team’s move to the Mid-Ulster Football League from the Carnbane was officially ratified.

They spoke about that jump as well as their Junior Cup heartache of 2019 when red tape saw them threw out of the competition despite beating Enniskillen Rangers 3-1. The Fermanagh side – re-installed – went on to win the competition.

As fate would have it, they were due to face the three-in-a-row winners in this season’s semi-final, only for coronavirus to put pay to those plans.

However, since speaking to Armagh I’s ‘The I on the Ball’ podcast, the Irish FA confirmed the Junior Cup will resume later this month.

With added incentive, Bessbrook will be hoping to wave farewell to the Carnbane with a Junior Cup triumph later this summer.

Listen to the podcast here: