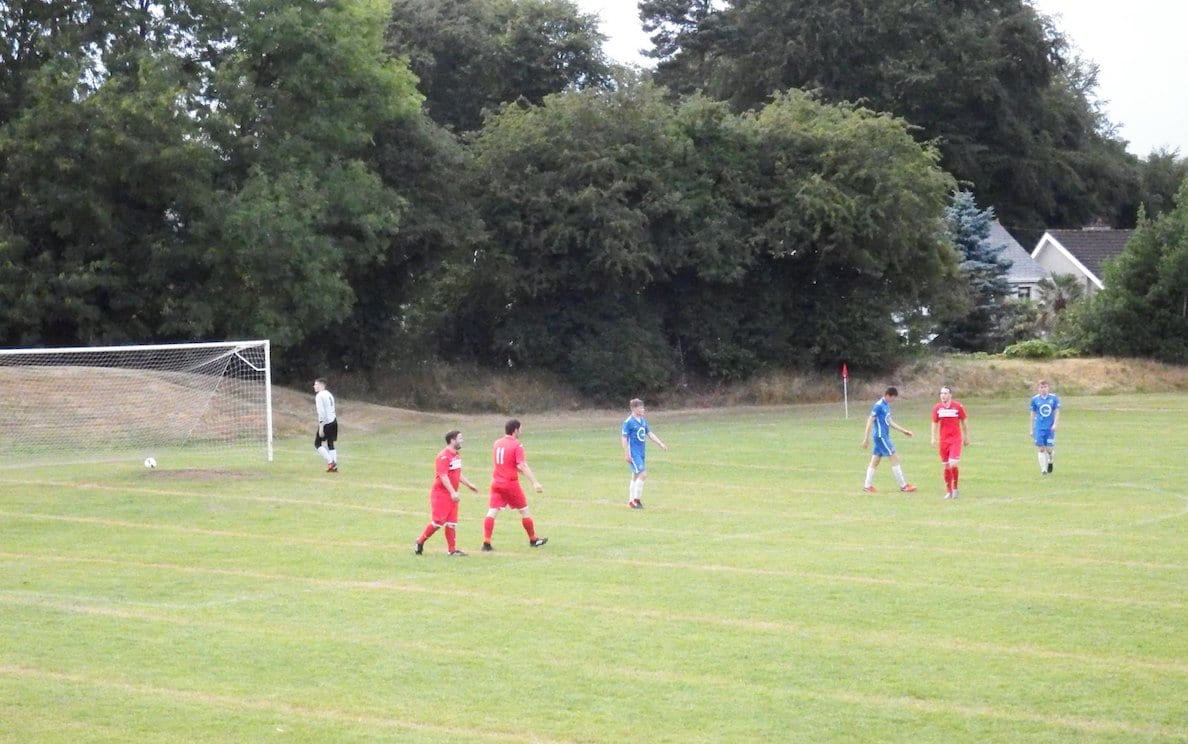 Richill AFC booked their place in the quarter finals of the Armstrong Cup following a comfortable win against a very youthful Loughgall Reserves who played well but lacked the necessary firepower and strength to trouble a more experienced and developed team.

Richhill opened the scoring after 12 minutes when Stephen McHugh ran onto a through ball and steered it into the keepers’ right hand corner.

They went further ahead in the 24th minute when the unfortunate Loughgall keeper parried a shot that hit off his own defender and bounced into the empty net.

Loughgall almost got one back before half time when firstly a corner was met by Sam Tuxworth whose header went flying passed the nearside upright.

Several minutes later a short corner took the Richhill defence by surprise but the resulting low cross was scrambled away just before it could be met by a Loughgall attacker. Half time 2-0.

Loughgall continued to play the passing game and were unlucky again when both Blakely and Ross came close with their goalmouth efforts but were then caught on the counter attack.

Richard Morrison ran onto a squared pass in front of the Loughgall goal and swept the ball into the bottom corner passed an outstretched diving keeper.

Morrison added his second on 60 minutes when his header glanced off his shoulder and into the net.

Richhill added their fifth when Ross latched onto a through ball and stroked it passed the out coming
keeper.

Loughgall continued to attack and were justly awarded for their efforts when Jonny Ewart ran onto a defence splitting pass and drove the ball into the net passed the advancing keeper.

The same player almost added a second several minutes later but his effort was well saved. Within a further two minutes he was fouled in front of goal, however Ross was guilty of stroking the ball over the
crossbar from the resulting penalty.

Richill AFC now meet Fivemiletown in the next round.