'I cannot wait to get started and meet the team. It’s almost frustrating. I’m just keeping my head down and working on my off season programmw in the meantime until the first day of pre-season' 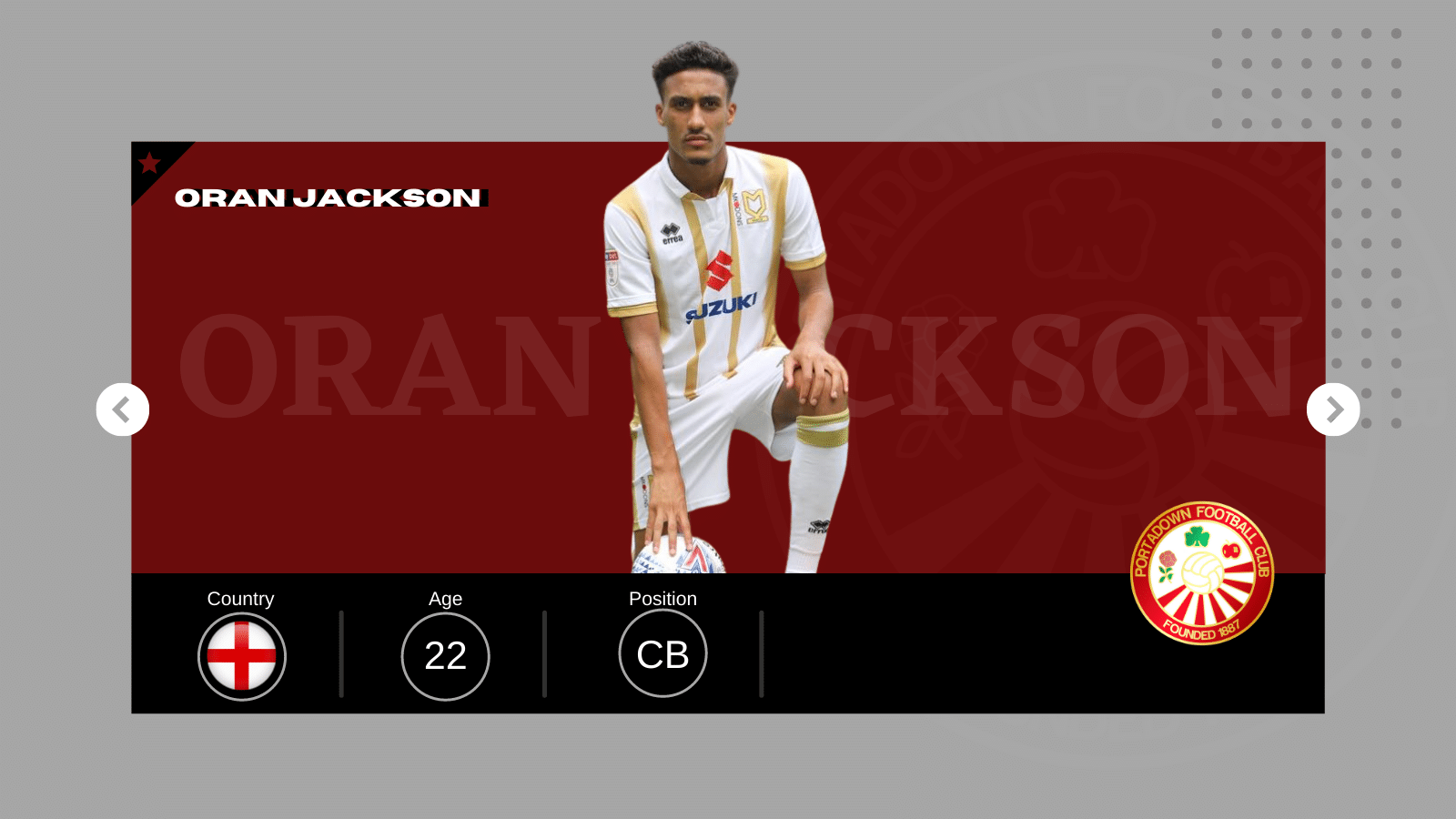 Oran, who hails from Milton Keynes, was part of the MK Dons academy, progressing into the club’s development squad and going on to make his first team debut for the club in May 2016 as a substitute against Nottingham Forest.

He would then go on to join Icelandic side ÍBV in 2019 before returning to the UK later that year and joining Billericay Town. He has most recently been with Southern Football League Premier Central Division side St Ives Town, who he joined in September 2020.

Portadown manager Matthew Tipton is delighted at the signing.

He said: “I’m really pleased to get the signing of Oran over the line. He’s someone who first came onto our radar a year ago and we’ve kept in contact regularly over the last few months. He’s comfortable on the ball but also knows how to defend and has good athleticism about him.”

Oran Jackson had the following to say about joining the Ports: “My move to Portadown was a move that was on my mind for while now, back in January of 2021.

“I spoke to the gaffa (Matthew Tipton) and former player Ben Tilney who’s an old team mate of mine quite a bit about coming over, but with Covid being so unpredictable it wasn’t the right time to make the move then. But then me and gaffa got back into contact and came to an agreement.

“I would describe myself as a very versatile player, being able to play anywhere across the back four/three and centre midfielder. My first instinct when stepping on the field is to be a leader, being vocal in doing so. I’m very composed when playing from the back, can cover the pitch quickly with my big strides and love to tackle and block shots.

“The things that attracted me to Portadown firstly was the history the club holds in Northern Ireland. Also the way the gaffa spoke highly of what the club is trying to achieve and where he wants to take Portadown and I wanted to be a part of what’s coming next, not to mention how close the Portadown community is. That’s massive for me in a football club.

“I cannot wait to get started and meet the team. It’s almost frustrating. I’m just keeping my head down and working on my off season programmw in the meantime until the first day of pre-season.”