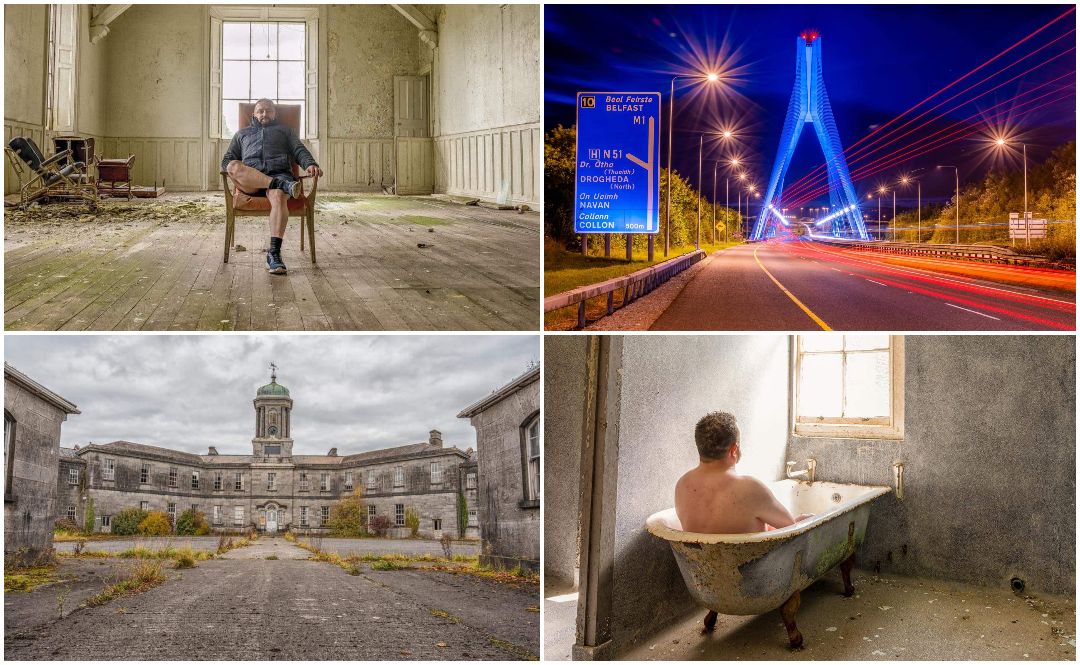 In his everyday life Sean Donegan is a commercial photographer with a studio in Newry, but his alter ego, Newry Man Lost, is increasingly is becoming the main focus of his attention.

It started as a hobby around eight years ago, when Sean, who is also an historian, set up a Facebook page and began a journey that would soon grow legs.

His interest in local history led Sean to seeking out the secret stories behind old buildings and ruins dotted around his hometown and far beyond.

As an urban explorer, Sean has had adventures in Sweden, where he photographed an abandoned car graveyard – leading to a close call in a nearby booby trapped house. Belgium, at a chocolate-box castle – slipping past a supposed gun-toting sentry. And a horrific visit to Mauthausen concentration camp in Austria, that haunts him to this day.

Closer to home Sean has had some hairy moments – hilarious in hindsight – involving mad cows and mutilated birds in Cork.

Dodging traffic on the Mary McAleese Bridge for the sake of the perfect shot. Staying the night in Wicklow Jail, and he tells the gory truth behind Gallows Hill in Newry where Heather Park playground is now strangely located.

For this episode of Armagh I’s podcast, proudly sponsored by Blackhill Energy, we spoke to Sean about his incredible photographs and the stories behind them.

Sometimes the images are tragic and horrific. Particularly those from Castlepollard and Marianvale mother and baby homes.

Hearing the truth of what went on, from some of the women who survived these homes has clearly affected him and that’s evident from the photos and his stark telling of the history of these places.

While Sean says he has been deeply affected by some of the things he’s seen and the stories he has heard, there are more than enough upbeat tales to tell.

His job is dangerous at times – and often involves long treks over hostile terrain, and stealthy trespassing. As such it’s an adrenaline rush that keeps Newry Man Lost seeking out new adventures and producing stunning photographs to tell the tales.