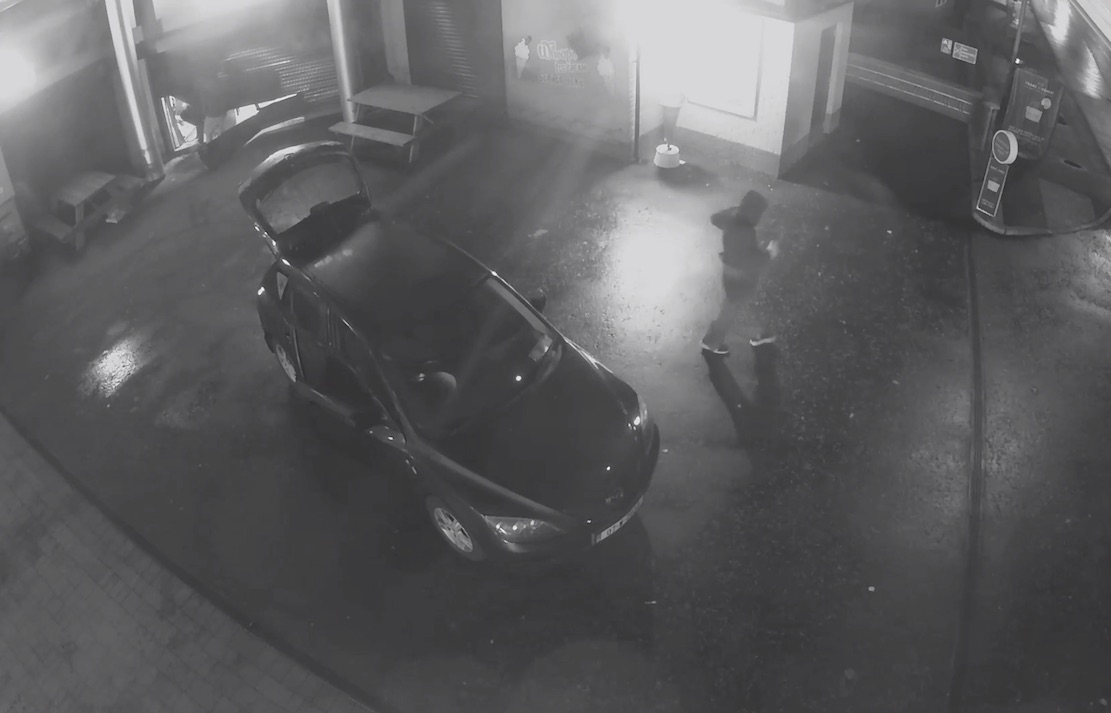 This is the shocking moment four hooded males ram raid an Armagh city centre shop before making off with a sum of cash.

The Mace store on Railway Street was targeted under the cover of darkness last Thursday morning.

The video obtained by Armagh I shows the thieves ram the shuttered shop front three times; the third time, almost nailing one of the criminals to the shop front.

And on two occasions during the dramatic three-and-a-half minute snatch and grab two cars pass by in the direction of Lonsdale Road.

Unperturbed, the low-life delinquents carry on about their business of making off with the shop’s safe and into the night.

Police are continuing with their appeals for information.

Sergeant Lyons said: “Shortly after 2:35am, it was reported that a Mazda car reversed into the front of a petrol station in the area causing damage to the property.

“Enquiries are continuing and we would appeal to anyone who witnessed the incident or who saw anything suspicious in the area to contact police on 101, quoting reference number 101 14/11/19.