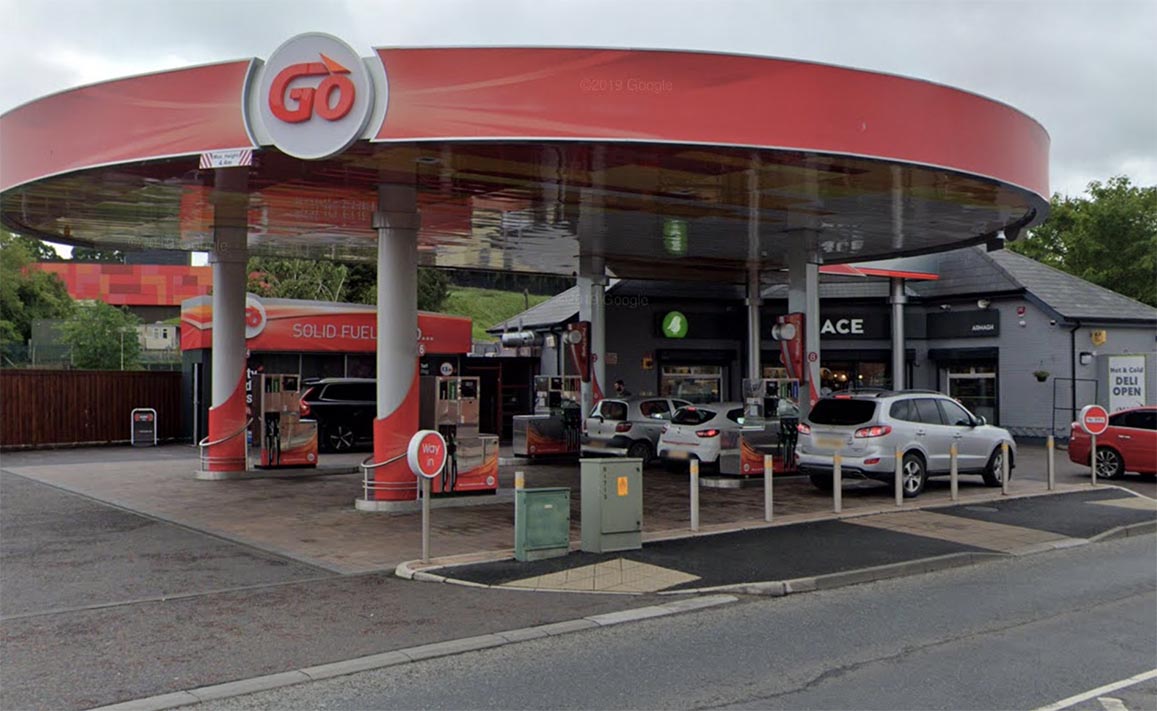 Police in Armagh are appealing for information following a report of a burglary at commercial premises in the Railway Street area this morning (Thursday 14th November).

Shortly after 2:35am, it was reported that a Mazda car reversed into the front of a petrol station in the area causing damage to the property.

Four men inside the car then entered the premises before making off with a sum of money and a quantity of cigarettes.

The men made off in the car towards the Richhill area following the incident.

Sergeant Lyons said: “Enquiries are continuing and we would appeal to anyone who witnessed the incident or who saw anything suspicious in the area to contact police on 101, quoting reference number 101 14/11/19.

Mace in Armagh posted: “Due to a robbery at the shop during the night, Mace, Armagh will be closed today.

“We will endeavour to open as soon as possible and thank all our loyal customers for their appreciation during this time.”