Powerful drama and classical music at the Market Place Theatre 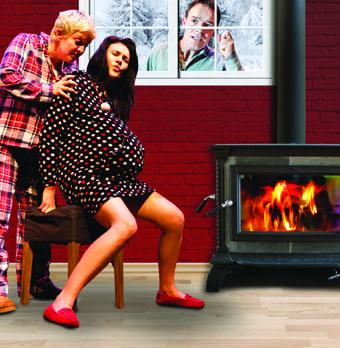 With powerful live drama, classical music with a twist, and fun-filled comedy from award-winning playwrights, the line-up at The Market Place Theatre in Armagh couldn’t be more varied.

A classic of modern Irish theatre, ‘Catalpa’ is the story of the 1875 whale-ship rescue of six Irish prisoners from Fremantle penal colony in Australia – all in the vibrant imagination of a screenwriter. ‘Catalpa’ is about heroes and visionaries, political intrigue and personal loyalty, with hot romance, mixed-up rebels and battles at sea. An epic adventure story that challenges the nature of heroism, a celebration of the power of live theatre. ‘Catalpa’ will be staged on Thursday 19th February at 8pm. Tickets are priced £12.50 and £10.50 (concession).

‘Night Music In Armagh’ is a series of classical concerts featuring top classical performers, artist talks and the opportunity to enjoy wine and tapas before the show.

The next concert on Friday 20th February at 8pm, features Jonathan and Iryna Johnston [flute and piano]. Jonathan, former ‘Young Musician of the Year’ winner, has performed throughout the world.

Sir James Galway recently wrote: ‘Jonathan Johnston belongs to a select few of whom I consider to be the best flautists of their generation.’ A graduate from Prokofiev Music Academy, Iryna was already playing Mozart sonatas by the age of nine, and has won many prestigious piano competitions. The programme includes Verdi, Schubert, Chopin, Bizet and Brahms.

The two artists will also give a FREE post-show talk on their musical careers. Tickets are priced £12 or £10 (concession). The pre-show wine and tapas costs an additional £6.

From the producers and directors of ‘The History Of The Troubles’ and ’50 Shades Of Red, White And Blue’, ‘Baby It’s Cold Outside’ (pictured) is the hilarious new comedy from award-winning playwright, Brenda Murphy [‘A Night With George’]. Packed full of Belfast humour, ‘Baby It’s Cold Outside’ has had audiences rolling the aisles, and will be staged at The Market Place on Wednesday 25th and Thursday 26th February at 8pm.

Set in an isolated cottage on the snow-trapped Black Mountain, the play tells the story of a bizarre love triangle. Pregnant Patsy from West Belfast has gone there to have her baby with the support of her two friends: older woman and academic Sally and beautiful American Law student, Madison.

But when Patsy’s ex-boyfriend and baby’s father, Joe arrives on the scene to try and win her back, Patsy announces she’s now in love with Sally. When naïve Joe learns that Madison is also a lesbian, he believes he has stumbled into Lesbian Headquarters Central.

Throw in a turkey baster and the baby’s imminent arrival and the scene is set for a monumental tug of war. Tickets are priced £15 each. Please note that this production contains adult themes and strong language.