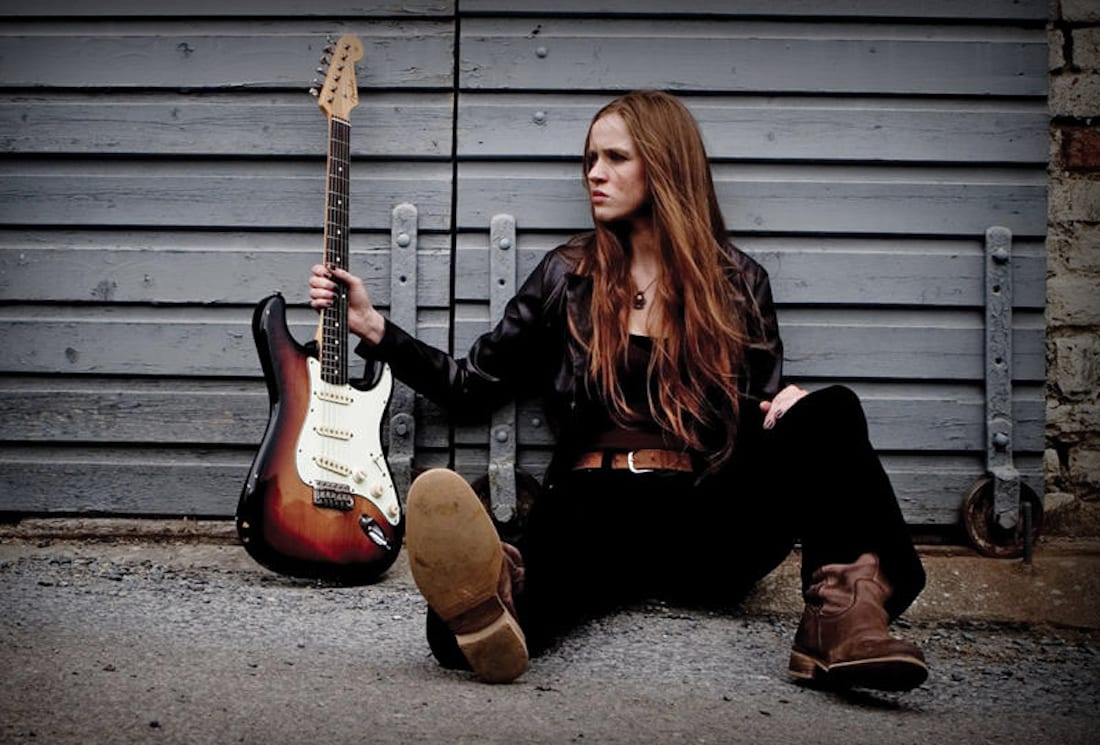 One of the most powerful voices in Irish music blasted away Armagh’s January blues at the Market Place Theatre on Saturday evening.

Grainne Duffy has built up a loyal following in Armagh with regular performances at the Market Place and the city’s annual blues festival.

And the Co Monaghan-born singer/songwriter was given a warm welcome by the gig-starved audience on a chilly night in the intimate setting of the Market Place studio.

The warm-up act was none other than Duffy’s real-life partner and bandmate guitarist Paul Sherry, who performed a few acoustic numbers from his latest excellent album Let it Flow.

Duffy’s blistering set opened with tracks from her highly-acclaimed recent album Voodoo Blues. Despite early technical issues with Sherry’s amplification the band were soon on top form, with Gavin Taylor on drums and Ronnie O’Flynn on bass providing a driving beat for the twin guitars.

With four studio albums now under her belt, Duffy has a wide back catalogue to call on and Saturday’s setlist reflected this.

A seasoned favourite at blues festivals throughout Europe, Duffy knows how to charm an audience with her easy line  in banter, and it wasn’t too long before the Armagh were eating out of her hand and singing along on cue.

Due to Covid restrictions the Market Place was unable to provide bar facilities but the resourceful audience was invited to bring along their own refreshments.

Highlights of Saturday’s set were a stunning rendition of Etta James’ I’d Rather Go Blind and the closing number, Test of Time, the standout track from Duffy’s album of the same name.

Most of the audience were left wanting more, but strangely the house lights were turned on after the final song.

There was to be no encore as Duffy and Sherry wandered into the auditorium to chat to the audience, most of whom were hoping they would not have to wait another two years to see the singer and her band live on stage.