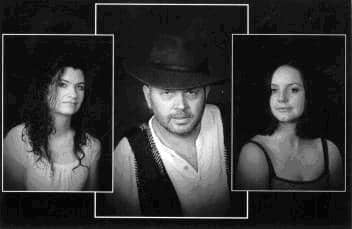 A FORMER Lurgan man is hoping his band will win through to represent Ireland at this year’s Eurovision Song  Contest in May.

The five Irish acts and songs competing to represent Ireland have been confirmed today (Wednesday), with Hugh O’Neill and his band Inchequin up against Zoë Alexis Bohorquez, Aimee Fitzpatrick, Kasey and Ryan Dolan, a young singer/songwriter from Strabane.

The public will get the chance to hear each of the five songs for the first time tomorrow, Thursday, February 7, on Mooney on RTÉ Radio 1 from 3pm.

Last November RTÉ nominated five mentors with proven experience in the Irish music industry and asked them each to select an act and a song which they believe has the potential to be a Eurovision winner.

Shay Healy is a writer and performer who won the Eurovision Song Contest in 1980 with his song ‘What’s Another Year’, sung by Johnny Logan. He is also known for his work as a television presenter, in particular the popular Nighthawks programme which he presented on RTÉ from 1988 to 1993.

Hugh O’Neill is originally from Lurgan, while Sinead Bradley hails from Maghera. Sinead and Hugh have been playing and writing songs for over 19 years. They have toured extensively in over 19 countries and made six albums of original songs and tunes. When the recession hit in 2009, Hugh and Sinead decided to move to Gumusluk, a Turkish fishing village, where they met the other three members of Inchequin.

Tevfik Kulak is a top trumpet/piano session and live performer and has played with the likes of Diana Ross, Whitney Houston, Pavarotti, Jose Carreras, Montserrat Caballe and Sarah Brightman. Tevfik is also a member of the Istanbul State Orchestra.

Selin Turkoglu is a film actor and was a television presenter for many years but her passion is singing. She has Irish connections, with an Irish stepdad and two half Irish brothers.

Ayda Tuncboyaciyan is famous in her own right in Turkey as a superb violinist. Her father Onno Tunç was a household name in Turkey, as one of its most famous composers, and wrote many of Ayda’s stepmother Sezen Aksu’s hit songs. Sezen Aksu is the most successful artist Turkey has ever produced, with over 40,000,000 record sales worldwide!

Inchequin have also been working on a film soundtrack for a Turkish-Irish film project called ‘The Famine’.

Mentor Shay Healy said: “I was looking for a song that would be simple enough to sing at any gathering and Son Kez fits the bill perfectly. From the U2 sound-alike jangling guitars opening, to the winning combination of Turkish and Irish whistle and fiddles, played á la Riverdance, the song delivers the best of both Irish and Turkish cultures and a very strong narrative lyric gives the song overall the infectious power and rhythm of a lively Irish ballad.”

The winning act will be selected on Eurosong 2013 on The Late Late Show on Friday, February 22. As was the case last year, Ireland’s Eurovision entry will be selected by a combination of public and regional jury vote.

This year’s Eurovision will be held in Malmő, Sweden, in May, with Ireland competing in the first semi-final on Tuesday, May 14. The Eurovision final takes place on Saturday, May 18.

No doubt the people of County Armagh will be rallying round behind Hugh and Inchequin as they aim to etch their own names in Eurovision history!