From one city to another, Mojo Mickyboyo: The story of two young Belfast boys set in the 1970’s

This production will contain strong language. Suitable for age 16+. 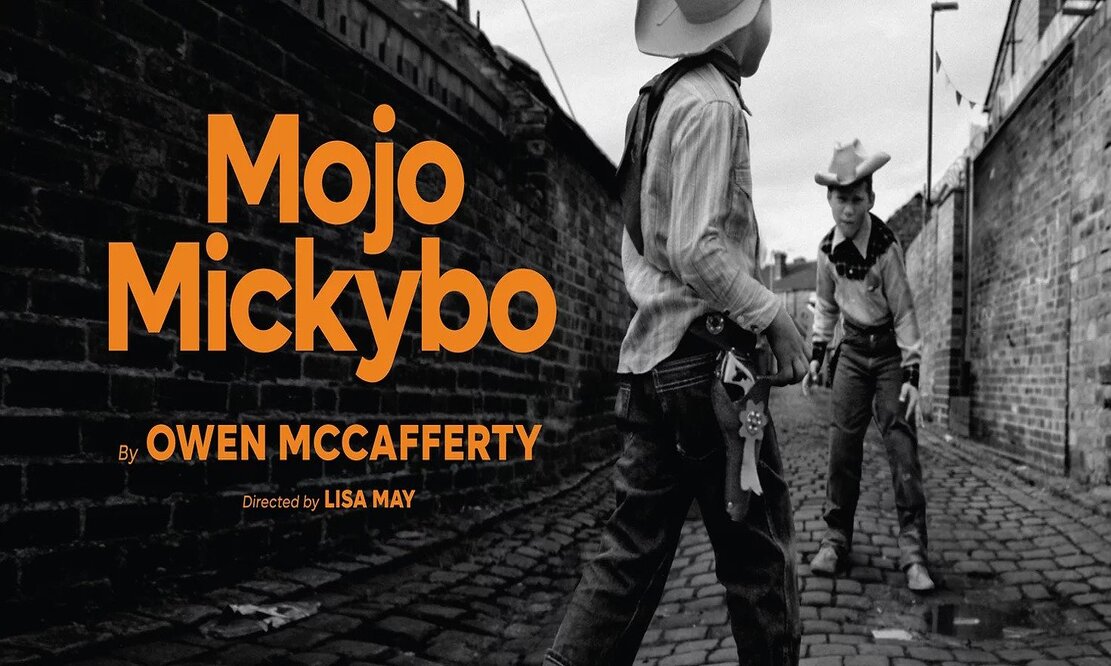 Owen McCafferty’s play, ‘Mojo Mickybo’, is about a friendship between two boys growing up in Belfast – a friendship that at first is immune to the sectarian violence taking place around them, but which nonetheless is ultimately destroyed by it.

The play’s action is set in Belfast over the summer of 1970. Mojo and his mate Mickybo are two nine-year-old boys from opposing sides of the sectarian divide. They are ‘thick as two small thieves’, playing headers, being mouthy, building huts, and spitting from cinema balconies. The action is played as theatrical flashback, often inhabiting a world of fantasy, such as re-enacting their favourite film, Butch Cassidy and the Sundance Kid. The two performers constantly slip in and out of roles and imaginary worlds, with the violence of The Troubles only obliquely impacting on them – until finally their friendship is destroyed in a way that they only later come to understand.

“The reason the play is seen through the eyes of children is that I wanted to show the absurdity of sectarianism. And I thought the best way to do that was through the innocence of children.” Owen McCafferty

This is pure storytelling with Bruiser’s dynamic physicality, providing opportunity for a new generation of theatre-goers to experience Belfast’s most treasured, living playwright, and to consider that Mojo and Mickybo represent the division of a benighted country that has spent a century at war with itself.

Bruiser Theatre Company is Northern Ireland’s foremost physical theatre company, producing high quality theatre that excites and stimulates audiences. Committed to nurturing the next generation of drama professionals, we inspire and encourage young actors and theatre makers through our unique education projects. Our impact extends across the proscenium arch and through the theatre doors, as we use drama as a mechanism for creating positive social change in local communities.