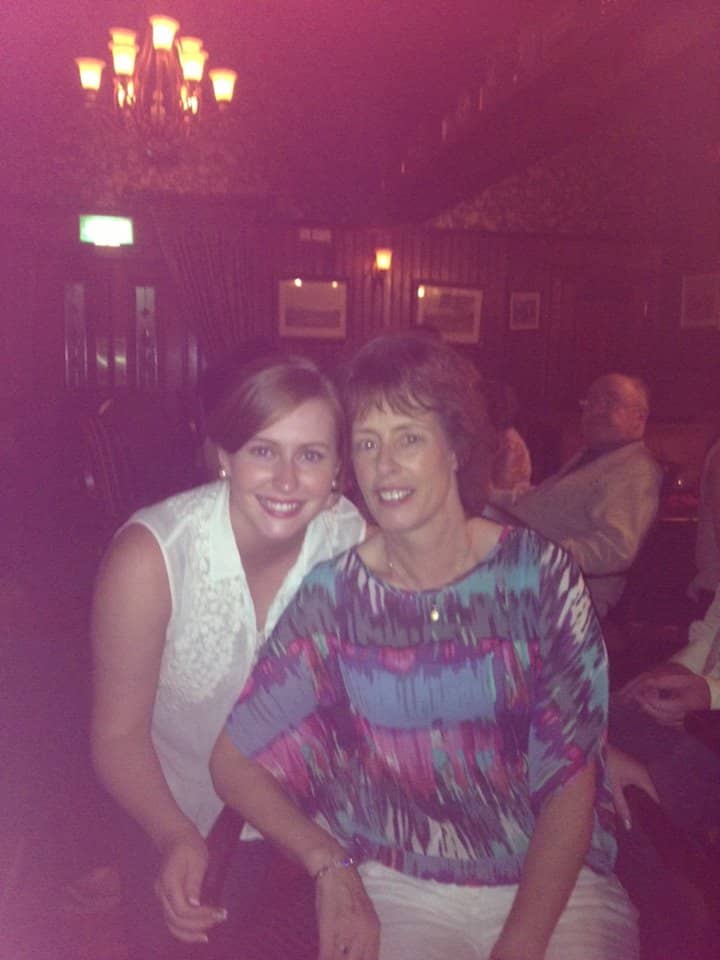 A young Armagh woman who lost her mum to pancreatic cancer is planning her next big event as she aims to raise funds and awareness to help others fighting this devastating disease.

Grainne O’Neill has already raised thousands of pounds after losing mum Anne, at the age of just 54, in January last year, just seven months after she was diagnosed.

She feels so deeply about battling back against what is the UK’s fifth most common cause of cancer death that she has devoted herself – and enlisted the help of friends and family – in a range of initiatives.

Grainne last October launched the website www.fightonforannie.com and has been raising funds through the sale of purple wristbands, the internationally recognised colour associated with pancreatic cancer.

She got some high level support from Fifty Shades of Grey star Jamie Dornan, when he was pictured, with his own dad, wearing a wristband in memory of Grainne’s mum, and has also successfully seen the Armagh Gaol lit up in purple to raise awareness.

Now, a year after the launch of the website and the campaign goes on, as Grainne and her supporters are delighted to announce their first ever ‘Fight on for Annie Purple Gala Ball’.

The gala black tie do will be held in Belfast’s Europa Hotel on Saturday, October 17, beginning with a drinks reception at 7pm.

Sponsored by Emerald Law Solicitors, serving England & Ireland, a night of entertainment will include live music from ‘Backbeat’ and should be a great occasion for fantastic causes.

Tickets are priced at £55 per person/£550 per table of 10 and are available directly from Gráinne O’Neill, telephone 07754566157 or email info@fightonforannie.com.

It is also hoped to hold a raffle and an auction, so if anyone would like to donate items they should also get in touch – all donations will be gratefully received and appreciated.

Grainne said: “The poor rate of survival is shocking when compared to developments in other cancer areas – it needs change and our goal is to help to achieve this sooner.”

Please show your support and help Grainne help others!