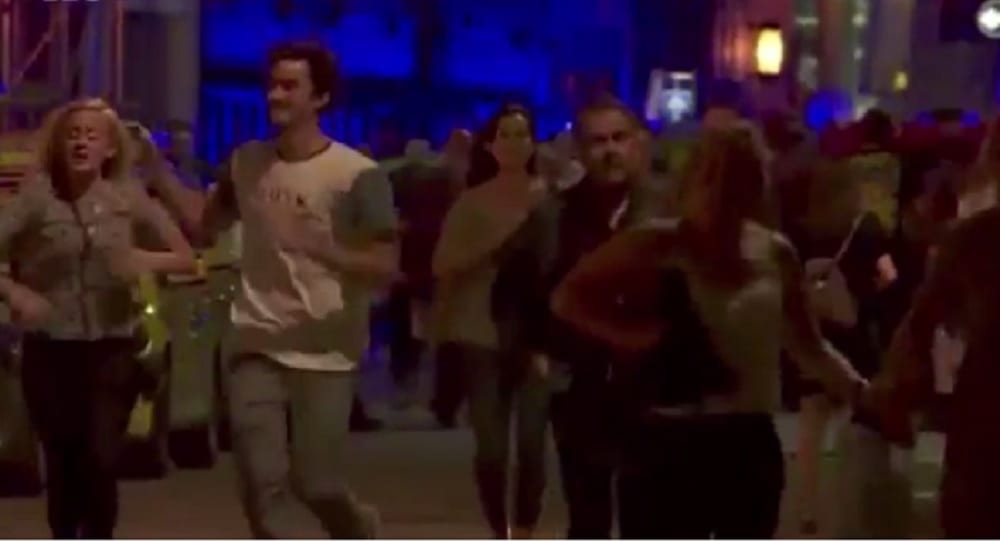 Seven people have been killed and at least 48 injured in a terror attack in London on Saturday night.

Three men suspected of carrying out the attacks were shot dead by police around the London Bridge area of the city.

It is understood a white van hit pedestrians on London Bridge around 10pm before the three men got out and stabbed people in nearby Borough Market.

London Ambulance Service confirms it has taken 48 people to five hospitals across London.

It says that is in addition to the six people who died at the scene.

The three suspects were also shot dead by police at the scene.

One eyewitness said: “I saw about 20 or 30 people rushing to get back into the pub and five seconds later a big white van came screeching down the pavement,” he told BBC Radio 5 live.

“Two or three people jumped out. Initially, I thought it was a road traffic incident and the people had jumped out to see if anyone was injured, but I could tell immediately, they looked very aggressive.”

Another said:  “They were running up shouting, ‘This is for Allah.’ They stabbed this girl maybe 10 times, 15 times. She was going, ‘Help me, help me.'”

The Metropolitan Police has a casualty bureau for anyone concerned about friends or relatives. There are two numbers to call: