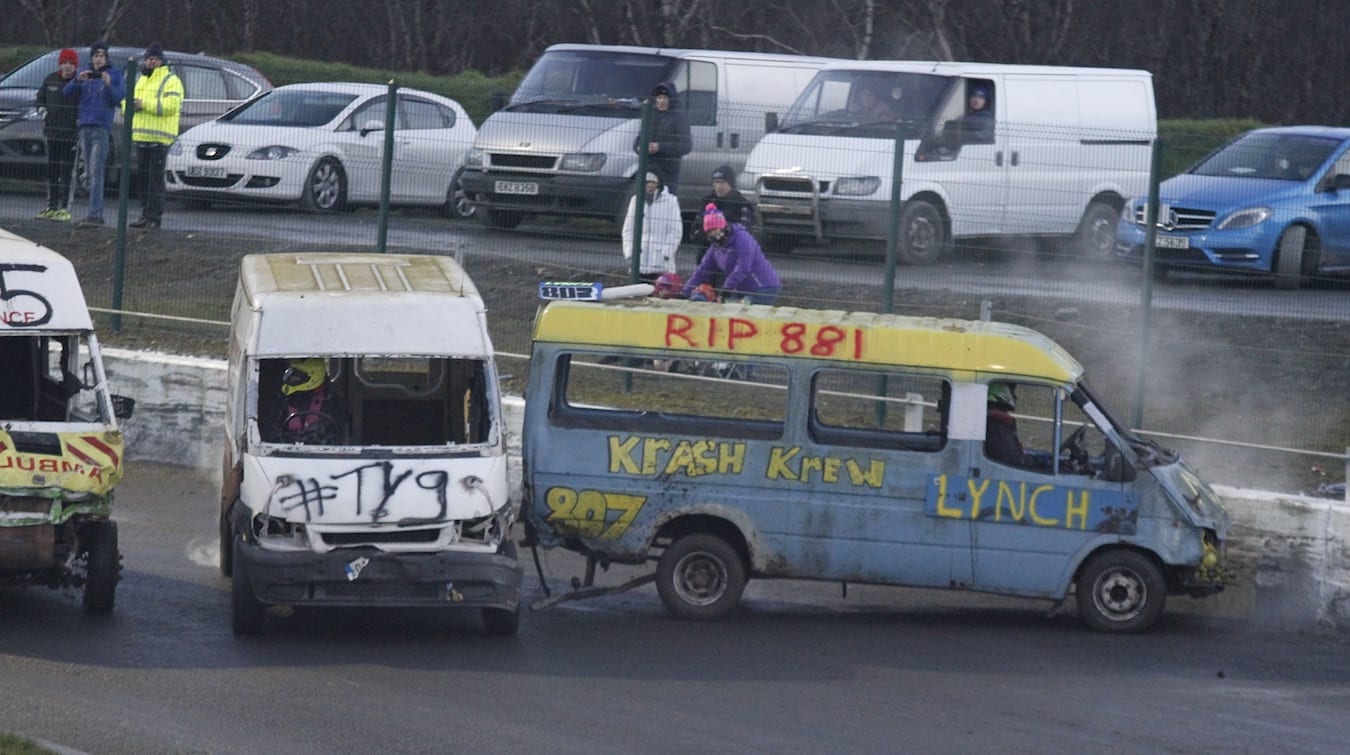 There is an excellent entry of Big Vans for the ‘Van-dalism 2018’ feature event, with twenty of all shapes and sizes set to take to the grid.

Van racing always produces some excellent action as the vehicles are bashed and crashed in pursuit of victory.

The afternoon will come to a thrilling climax with the Destruction Derby, where the last van moving wins!

The Rookie Bangers will play a great supporting role, and they too have a fine entry of over 20 cars.

Conor Finegan, Paul O’Connor, Sammy Fisher and Josh McKinstry will be certain contenders from the big field, with drama and action aplenty set to thrill the local fans.

Portadown’s World Champion Lee Davison will top the entry list for the single-seater Superstox which have excelled on the local circuits of late, with the race programme completed by the ProStocks and Junior Productions.

The first race of the festive programme, sponsored by Cirrus Plastics of Portadown, blasts off the Tullyroan grid at 2pm.