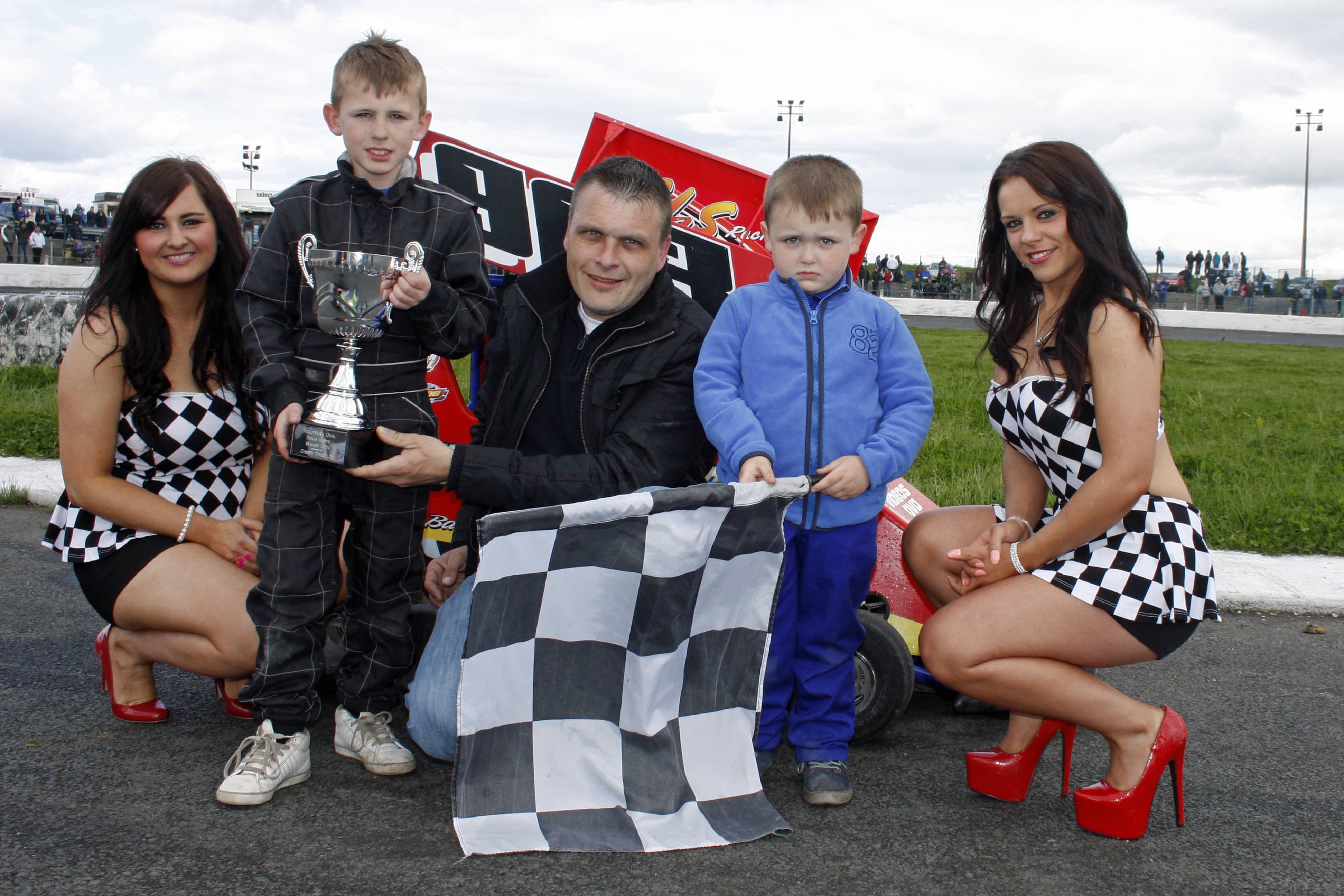 A top quality field of just under 40 cars arrived for the big Shamwreck showdown, with England, Scotland, Wales, Holland and Belgium represented amongst the cosmopolitan entry list. There were some cracking cars on show too, a real credit to all the drivers. Best Presented Car came down to a choice between Jonny Murdock and Stevo McGrath, with Murdock just getting the verdict from the assembled photographers for his rare 1970 Russian Gaz Volga machine.

The opening heat saw plenty of action, most notably Dave Haugh’s destruction of Willy Ogilby, with Gareth Griffiths from Wales stealing through late on to take victory from countryman Dan Buckley and Scotland’s Neil Naismith in third.

Next up was the Shamwreck 2014 final, and Griffiths set the early pace as destroyed cars littered the circuit. Unfortunately he got caught up in backmarking traffic and spun out with damage, which allowed Justin Riley from The Brighton Bears to bring his Supra home to the chequered flag and the Shamwreck title. Steven Bolton from Ballymoney took the runner up spot for the second season running with Dutchman Arian Vorkink filling out a truly international podium.

The Allcomers race was probably the race of the day, in what turned into a race of attrition as the drivers seemed hell bent on destroying each other in good old Shamwreck fashion! Shaun Buckley, yet another impressive Welshman, led entering the final stages only for Republic of Ireland ace Darren Gaffney to stop him in his tracks and then drag his crippled car across the line as the only finisher. It was top quality stuff, and Darren received a thunderous round of applause from the appreciative fans as he took the flag.

The James ‘The Cat’ Smith Memorial Destruction Derby rounded off the afternoon, and it fell to another one of The Bears team, Ashley Riley, after an entertaining encounter. Ogilby was rewarded for his eventful day with the Wreck of the Day trophy, with Gaffney taking Entertainer of the Day. It was a top class Shamwreck meeting once again, with all the drivers deserving of credit for their efforts.

The 2.0 Hot Rods provided the fast and furious non-contact side of the programme, and early season starlet Joel Richardson was once again in top form. The Annaghmore man took victory in heat one and the final, and also carded second in his other race behind Nutts Corner’s Jack Boal. There was a day long battle between the star grade drivers too, with World and British Champion Shane Murray trading places all meeting long with European, National and Irish Champion Adam Hylands and Mark Madill too. Boal and Madill completed the podium in the final.

The young guns in the Ninja Karts again made new fans amongst the big crowd, as the 6-11 year olds battled wheel to wheel all afternoon. Ballymena’s Adam McFall was in a class of his own all day, taking victory in all three races. In heat one he led home Graham Meek and Sam McNiece, before Matthew Nicholl and Molly Heatrick filled out the top three in heat two.

Just before final time a shower left the track very tricky indeed, and all the young pilots coped admirably on their slick tyres. There were a few early spins, but McFall was again the master as he easily swept right from the rear of the grid to the lead and ultimately the victory. Meek and Adam Weir took second and third at the end of a race where each and every one of the young drivers deserves great credit for coping with the testing track conditions.

In only their second meeting since being introduced at the start of the season, the 1300 Stock Cars put on three super races despite the low numbers. The action will certainly have more cars joining the class soon, with Aaron Clarke taking the win in the opening heat after each and every driver on track got well and truly stuck in with the bumpers. Curtis Greer and Michael Logan chased him home, before Logan went one better in heat two to take victory over Ross Houston. Come final time Houston was the man on a mission, the usual 2L Saloon Stock Car man elbowing Logan wide to take the victory after another thrilling encounter.

Racing continues on Sunday afternoon, May 18th, at Tullyroan Oval, with 2.0 Hot Rods, Superstox, ProStocks, Ninja Karts and Reliant Robins all in action. The first race leaves the grid at 2pm.