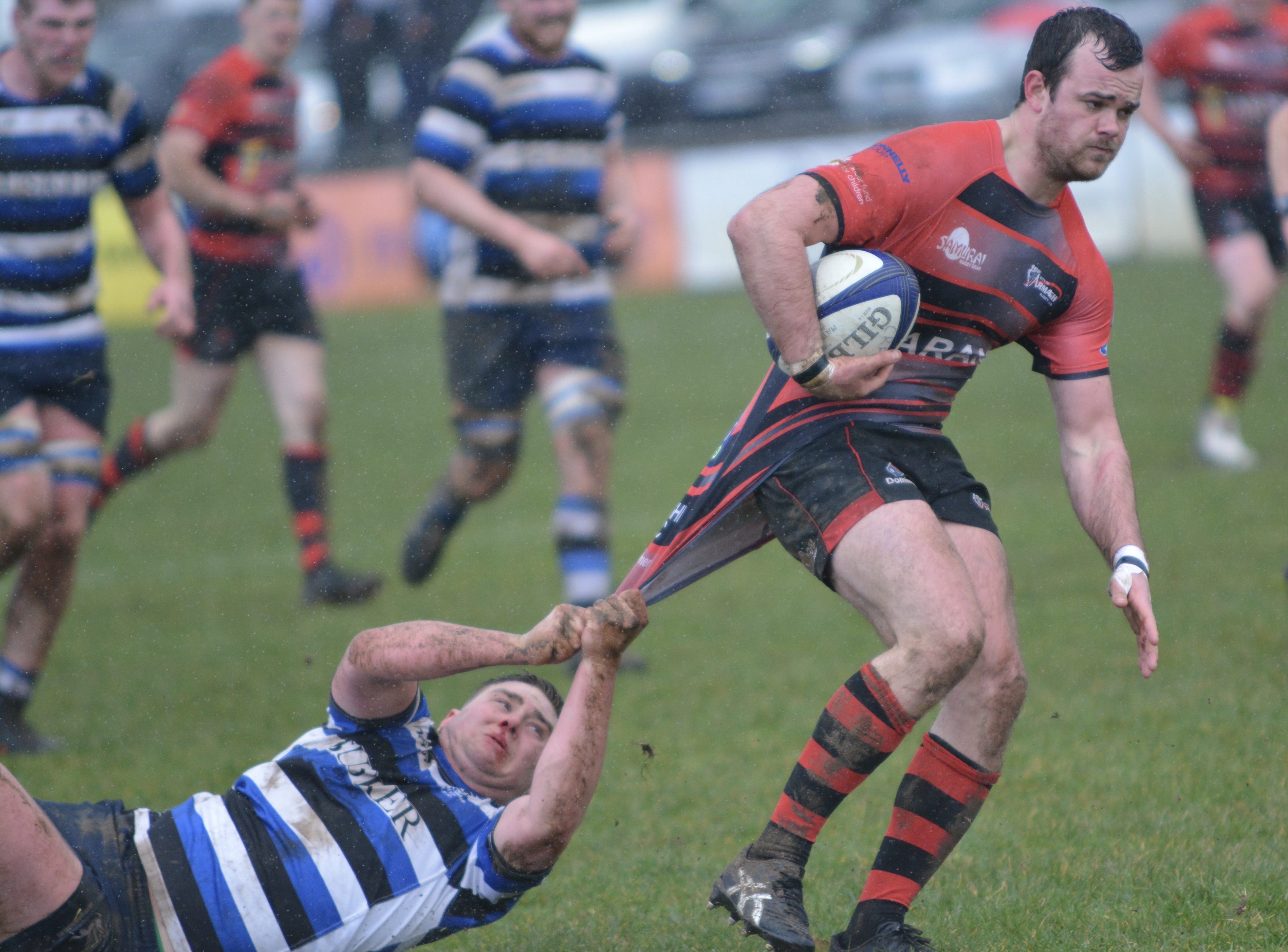 Galway’s hold on the game paid off in the end!

City of Armagh travelled to Connacht to play Galway Corinthians in their 15th game in this season’s Ulster Bank All-Ireland League.

A win for Armagh was vital to keep their hopes of a promotion play-off spot alive but it was bottom of the table Corinthians who stole the points at the death to help their battle against relegation.

Indeed, the bottom three teams in the league all secured victories at the weekend showing there are no easy matches at this level.

Armagh kicked-off in heavy drizzle and the home side were penalised after only five minutes for offside in front of their posts.

Armagh outhalf, Cormac Fox was on target kick to put the visitors 0-3 ahead. Armagh were then caught off-side and Corinthians levelled the score at 3-3 with 10 minutes played.

Armagh’s forwards continued to make some strong breaks and this enterprising play was rewarded with a try when Cormac Fox broke through the home defence to score just right of the posts. The successful conversion brought the score to 3-10.

Against the run of play, a defensive mix-up let Corinthians’ winger, Mark McDermott through and he touched down for a try in the left corner. His conversion tied the match at 10-10.

Corinthians then had a spell of pressure but conceded two penalties in quick succession for Fox to edge Armagh ahead 10-16. Armagh’s captain, Chris Colvin made a strong break down the centre of the field only to be penalised for failing to release the ball when tackled.

Corinthians closed the gap to 13-16 and Andrew Smyth then made a fine burst before the half-time break but the pressure wasn’t converted into points. As the first half came to a close, Fox was given another opportunity to kick three points and he stretched Armagh’s lead at the break to 13-19.

The second half started poorly for the visitors with Corinthians’ Mark McDermott kicking a penalty and then scoring a try and conversion to nudge his side into a 23-19 lead.

Armagh responded with winger Andrew Willis breaking down the right wing only to be tackled just short of the home tryline. Armagh then had concerted pressure deep in Corinthians’ territory but the home defence was resolute and kept the visitors at bay.

An interception then brought play into the Armagh half and number eight, Neil Faloon picked up a yellow card for handling a ball in a ruck on his own line and the visitors were now under the cosh.

With the clock running down, the match took a twist when Armagh’s Andrew Willis, made another fine break to score under the posts. The conversion from Fox was on target to nudge Armagh into a narrow 23-26 lead.

A further penalty to Armagh stretched their lead to 23-29 with only two minutes play left on the clock. Corinthians, with a never say die attitude, then scored a dramatic try with the last play of the match through centre, Finn Gormley. The crucial conversion from McDermott was successful and the final whistle sounded with the home team victorious 30-29.

The Armagh coaching team were gutted after the match to see key points lost. With Cashel and Nenagh both losing, an opportunity to close the gap was missed. The promotion play-off race will now go down to the wire with three games remaining for Armagh and Nenagh while Cashel has just two to play. Armagh now need to win all three games to be in with a chance of fourth spot and the team will fight till the end.

Blackrock are the visitors to the Palace Grounds this Saturday in a rearranged match and Willie Faloon and Chris Parker will be looking for a more clinical performance from the home team.