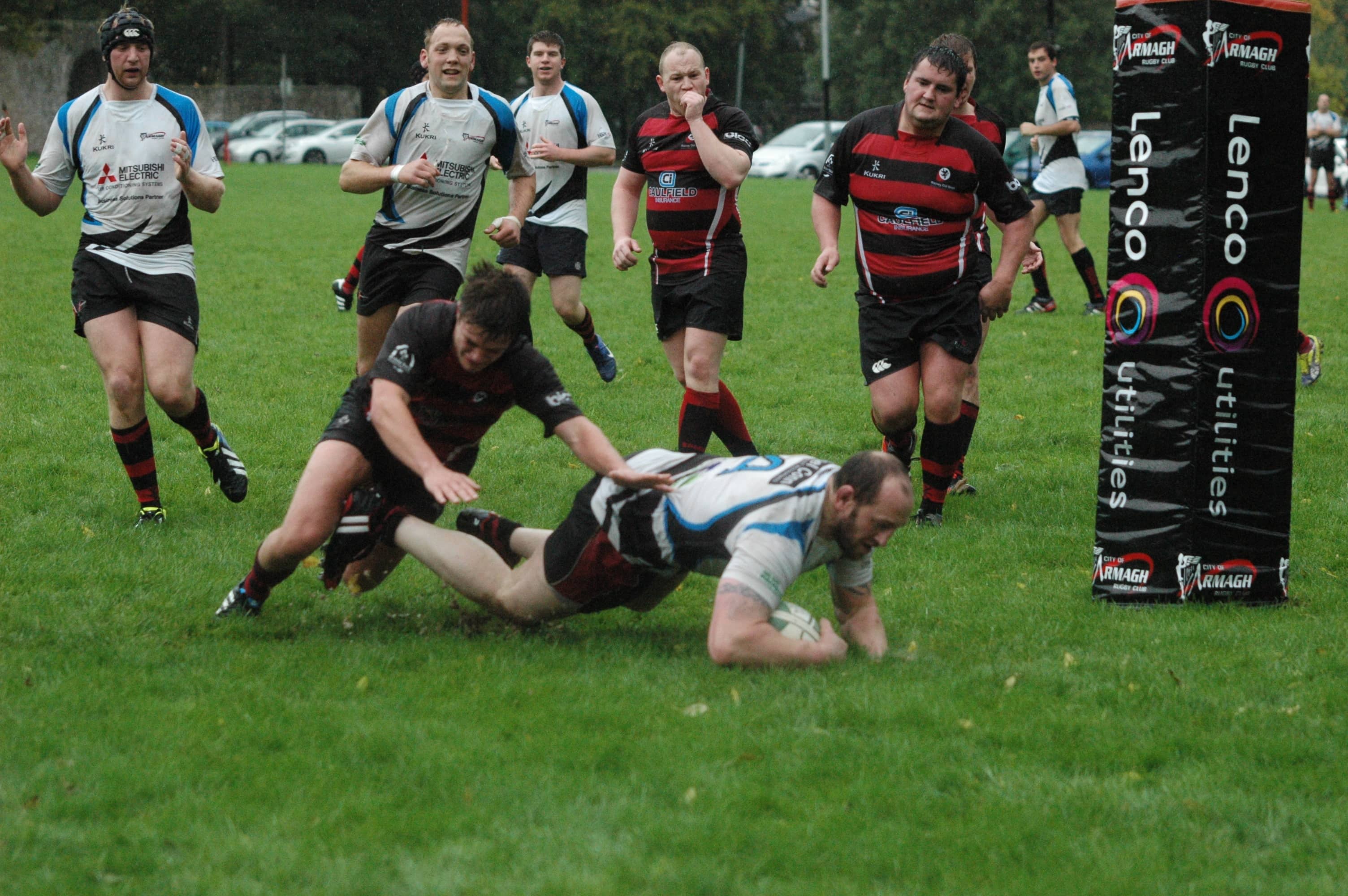 Armagh started brightly retaining possession and testing the Hinch defence with Michael Thompson converting a penalty in front of the posts making it 3-0 to Armagh.

The visitors responded strongly with two well taken tries. The first came down the blindside after a well executed move off a scrum. This try was converted which made it 7-3 to Hinch.

The next try came from weak defending from the home side which resulted in a unconverted try to the visitors to the left of the posts. This left the score 12-3 mid way through the first half.

Armagh responded strongly winning line out ball and gaining territory through the boot of Thompson. Thompson was then able to reduce the deficit to 12-9 after converting two penalties thanks to good work from Zac Kneebone at the break down. Half time score 12-9 to Hinch.

The Hinch backs punished Armagh by scoring an unconverted try in the corner just a couple of minutes after the restart.17-9. Armagh responded well with debutant Neil Lutton and Grant Hutcheson carrying the ball well.

Some good off loading by McNeice and Macgillan allowed Armagh to progress into the opposition 22. Another strong run from Kneebone allowed him to break several tackles and score under the posts. With Thompson converting the score was now 17-16 to the visitors.

Shortly after from a 5 metre lineout, a catch and drive resulted in another try and the conversion made it 24-16 to Hinch.

A further Hinch converted try from open play and a penalty all but sealed the match for the visitors leaving the score 34-16 with around 15 minutes to play.

Again the home side went storming up the pitch through Daniel Reaney and Matthew McSorley and after a few pick and drives from the forwards on the Hinch line, Kurtis Sherry was able to drive over from close range.

Thompson converted again for a personal tally of 5 out of 5 for the game to make the score 34-23. Again Armagh put pressure on the Hinch side from the restart but were hampered by a handling mistake and some good tactical kicking from the Hinch side leaving the final score 34-23 to the visitors.