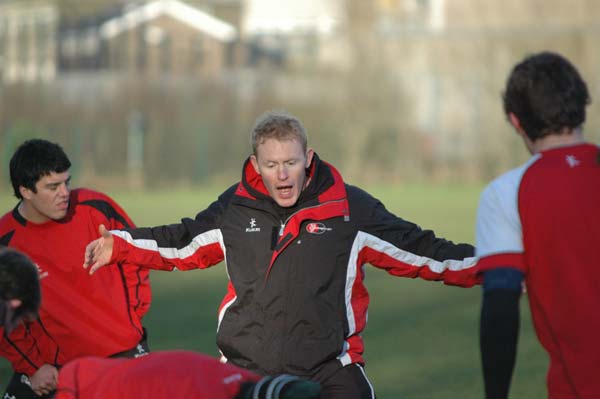 City of Armagh’s Andy Hughes has stepped down as first team coach.

Hughes made the announcement following a training session last week.

He came to Armagh in season 2008/09 with a pedigree second to none having been on the AIL winning Dungannon squad of 2001.

When Andrew joined Armagh his aims were to gain promotion to the All-Ireland League. He demanded his team play ‘a style of rugby which is enjoyable to play but also enjoyable to watch.’ he also was very aware of the need to create an atmosphere where sponsors and supporters wanted to come to the Palace Grounds to support a winning club.

Andrew took up the post as a member of the N. Ireland Fire & Rescue Service based in Omagh. Later he married Jenna & moved to live in Carrickfergus. His job later also moved to Carrickfergus.

All in Armagh then knew it was only a matter of time until Andrew decided the the mileage spent travelling up the motorway to Armagh was taking it’s toll!

It has to be said that all the players, supporters and club committee wish Andrew, or Andy as he was better known, the very best in years ahead. It also has to be said that the Armagh supporters all and sundry will miss the never failing support his Mum and Dad gave their son at every game should that game be in Cork, Limerick or Armagh.