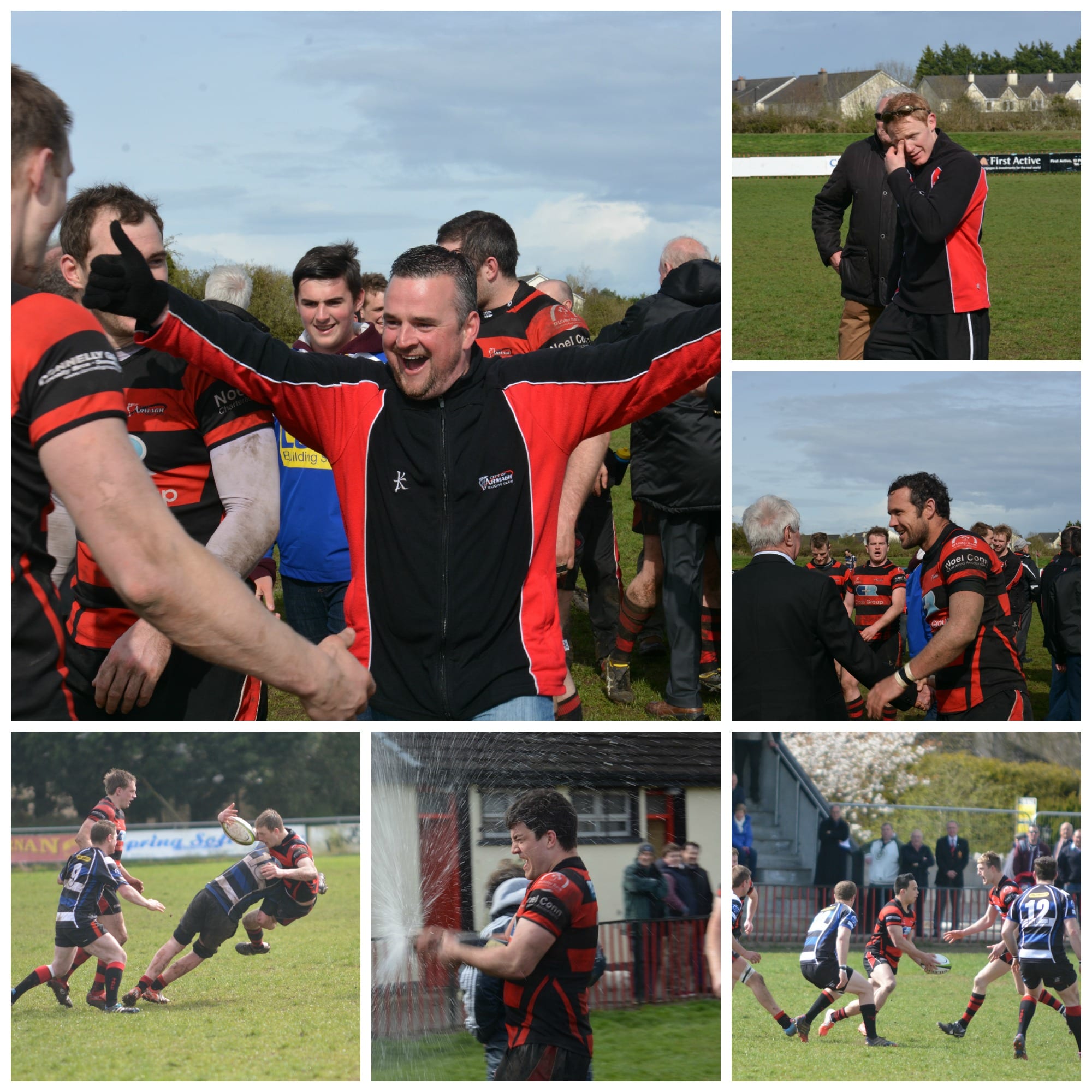 Offaly’s Tullamore, Cork’s Well -Sundays Well that is – and Wicklow’s Greystones were all intent on turning Armagh’s promotion dream into a nightmare. The burden of expectation, the fear of failure and a Tullamore team who had amassed 315 points and 8 try scoring bonus points in their previous 14 games would all prove too much for this young Armagh side. Oh Thomas! Why did you doubt?

On a day of high emotion, “old stagers” were admitting to a week of churning stomachs and a soon to depart coach, who shall remain nameless, had hardly slept. Forced laughter at terrible jokes seemed to be the preferred method of relieving the tension. They had come by coach, car and 7-seaters to support their team come what may, but the eyes betrayed the smiling faces.

Amid the tension, 20 men stood calm in Red and Black, their eyes steely and focussed. 1 minute in and John Faloon broke the line and winger, Stuart Lester, scored. The roar was of sheer relief. Two more tries, by the “fancy dans” in the backs, sealed the win 21 – 0, John Faloon and Seamus Mallon scoring.

The final whistle signalled scenes of unbridled joy. Men hugging men; ladies hugging heroic sons; even the odd tear of joy – later denied by all and sundry. A huge circle of players, coaches, office bearers and fans gave “The Boys From The County Armagh” a noisy airing. The judges from “The Voice” can strike Armagh off their list in their search for vocal talent!

One game left, against Ulster Champions Ballynahinch, this Thursday evening at 7.30 at the Palace Grounds. A minor miracle is needed if Armagh is to lift the Stevenson Shield for the first time. Beat ‘Hinch and hope City of Derry beat them in their last game.

Now Thomas! You’ve been wrong once already this week!