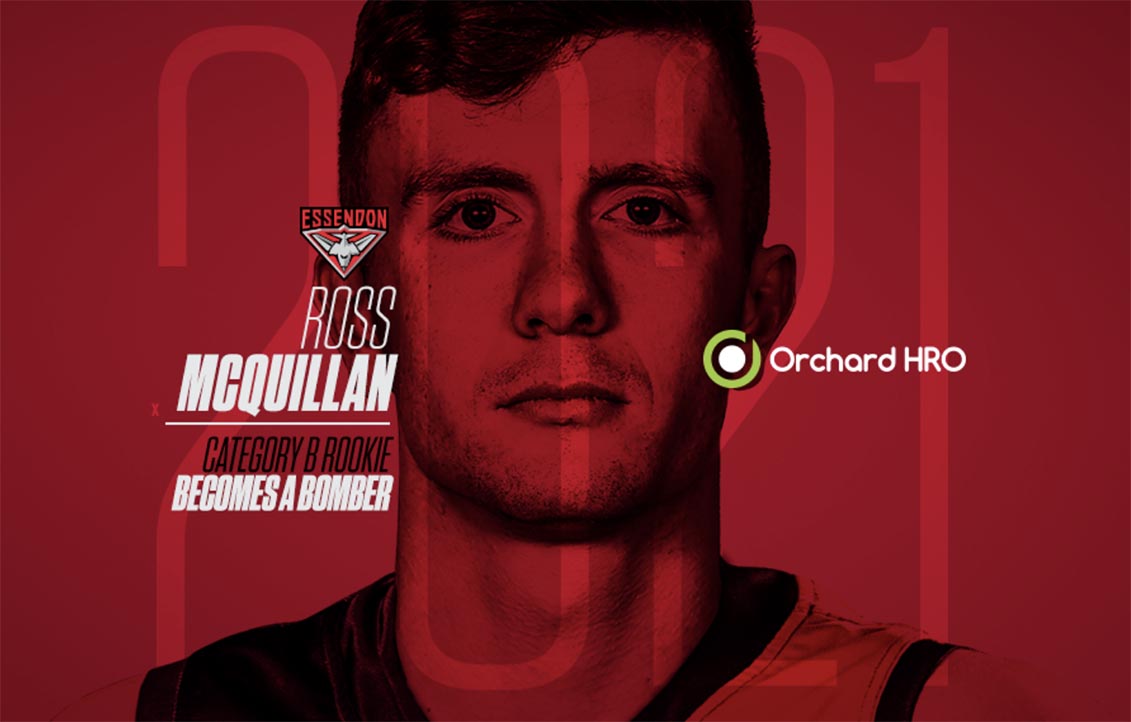 The contract will run until the end of 2021.

The 20-year-old Cullyhanna clubman will relocate to Australia in October before full training starts with the squad on November 25.

The youngster, who made his debut for Armagh in the McKenna Cup last year was named as a forward on the 2018 EirGrid U20 Team of the Year.

He’ll become the third Irishman to play for the Bombers, following Tyrone’s Conor McKenna and Longford’s Michael Quinn who played for the club between 2009 and 2010.

“After extensive sessions with Ross, we believe he has what it takes to become a successful AFL player given his lateral movement, skills on both sides of his body and kicking ability,” the club’s general manager of list and recruiting Adrian Dodoro said.

“Ross ran an outstanding time of 2.77 seconds for his 20-metre sprint, which would make him the quickest player on our list.

“Most importantly, Ross displays the Essendon values through his drive and determination to succeed. We look forward to officially welcoming Ross into the club when he arrives in November.”

The Armagh man will be the eight Irish player signed by Australian clubs in 2019.