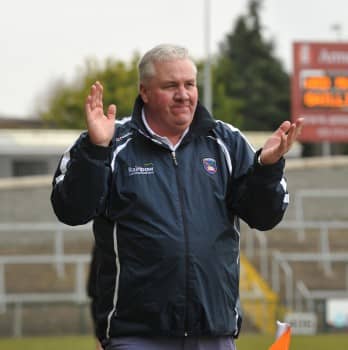 Kieran McGeeney could be set to replace Armagh manager Paul Grimley at the Orchard County helm, it is being reported.

Today’s Irish News is reporting that Grimley might be getting about to step down at the end of the Championship run, after 13 years in a management capacity.

McGeeney, who captained Armagh to All-Ireland glory 12 years ago, is being seen as the natural successor if Grimley decides to call it a day.

Armagh were handed a trip out west to face Roscommon in round 3B of the All-Ireland qualifiers after victory over Ulster rivals Tyrone at Healy Park on Sunday.

Roscommon hammered a Cavan side knocked out of Ulster by Armagh last month.

Paul Grimley’s men will head to Dr Hyde Park this Saturday full of confidence following that win in Omagh, but the last time these two sides met, in 2012, the Rossies ran out winners.

Should they lose this time round, it could prove to be Paul Grimley’s swansong.