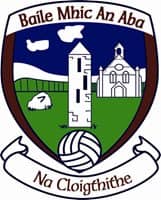 BALLYMACNAB’S seniors travelled to local rivals Pearse Og on Friday evening in the league in a closer encounter than the score line suggested, with the home sides ability to punish Ballymacnab errors, particularly with goals, being the difference between the sides.

Very little could separate the sides in the early minutes with Rory Grugan, Brian McCone (2) and Damian McGeown exchanging points with the Ogs attack to  leave things level at four points each after 12 minutes of play.

A goal for the home side on the 17th minute followed by a point put them in the driving seat, but Ballymacnab responded well with points from Jack Grugan, Damian McGeown and Rory Grugan, and only a goal line clearance from Sean Lynch left just the minimum between the sides approaching the interval.

Brian McCone hit an early point at the beginning of the second half but once again Pearse Og punished the ‘Nab, converting two goals in five minutes and leading by 14 points at one stage.

Ballymacnab did, however, rally back and finished the game in a stronger position with a tally of 1-4, 1-2 coming from substitute Ryan Kennedy, who was making a first return from recent injuries, and with Pauric Gribben also returning from injury and given more game time can give the lads a much needed lift.