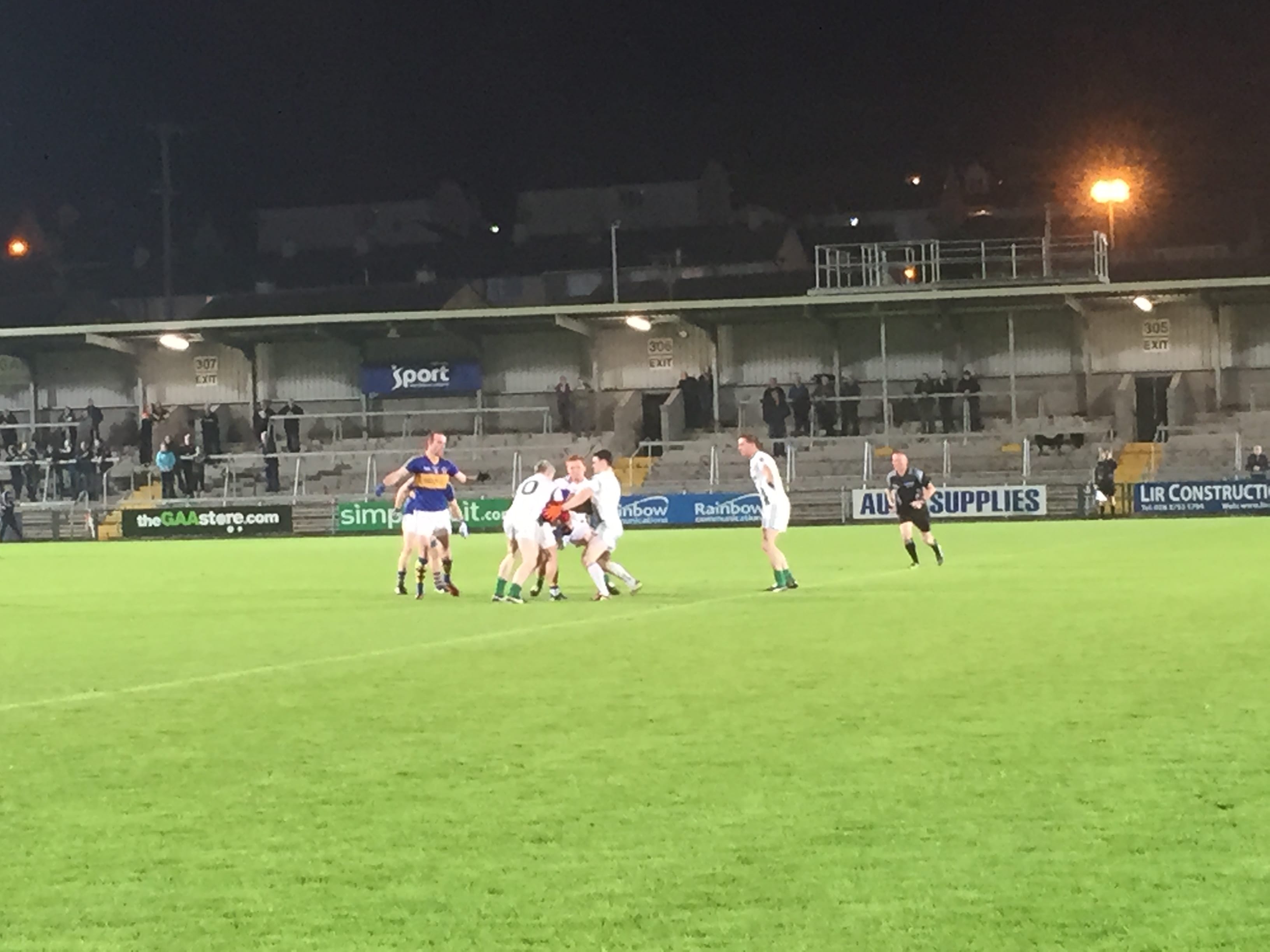 Maghery cruised into the Armagh Senior Championship semi-finals as they saw off Granemore at the Athletic Grounds this evening (Wednesday).

The reward for the Loughshore men is a date with reigning champions Crossmaglen.

Granemore – who saw off league champions St Patrick’s in the previous round – were unable to replicate that form as the north Armagh men were a class above.

Maghery got off to a flyer with a goal and two points inside the opening seven minutes – David Lavery with a well executed goal on the counter.

Granemore opened their account through Jason O’Neill after Ryan Rafferty was dragged down. Ryan Rafferty and Christopher O’Connor reduced the deficit but an Aidan Forker goal on 18 minutes once again put daylight between the sides.

Maghery tagged another couple of points on before the break to take a healthy 10-point lead into the second half.

O’Connor opened the second half with a point for Granemore before Gerard Campbell responded for Maghery. Brendan Boylan struck the post moments before but the writing was on the wall for Sean O’Hare’s men.

The two teams traded points and with five mnutes to go Granemore got the first of their consolation goals from Liam Doyle following great build up play from Caolan Rafferty.

Seamus Forker tapped over another point before Barry Lappin punched home a second Granemore goal at the end of 60 minutes but it was all a bit late as Maghery progress.

Man of the Match: Aidan Forker