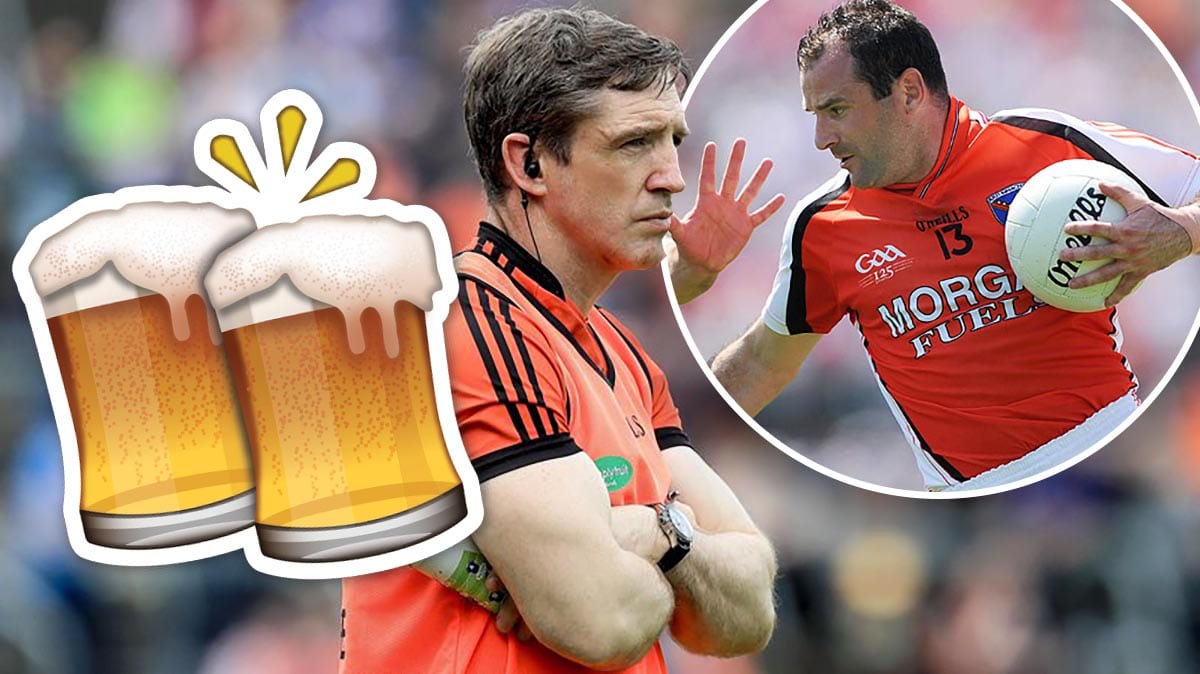 Armagh are one win away from a place in the All-Ireland quarter-finals – and a likely meeting with either fierce Ulster rivals Tyrone or reigning All-Ireland champions Dublin.

Already the trains are booking up fast from Portadown and Newry as Armagh prepare for another day out in Croke Park on July 29 – their first championship outing at GAA HQ since 2014.

Kieran McGeeney’s side are beginning to pick up ahead of steam and no stone will have been left unturned in his preparations.

Just like the player he was, he’ll take no nonsense as a manager.

And former All-Star Steven McDonnell is testament to that.

Speaking to the GAA Hour podcast, McDonnell recounts a tale of the time him and a few of his team mates went on the drink of a Monday after winning the Ulster title.

“The Ulster final is always around the time of my birthday,” recalls McDonnell. One of the particular years we [Armagh] won Ulster – and we had won a few years at this stage – the manager, Geezer and Paul McGrane were happy for us to go out celebrating that night.

“But there was a strict ban – no more drink after tonight as we’re preparing ourselves for an All-Ireland quarter final. But the Monday after the final happened to be my birthday so myself, Marty O’Rourke and Paddy Watters went on the drink. We weren’t back training until the Wednesday night and we had an extra day to recover but Geezer got wind that we were on the drink.”

“We were coming into Callan Bridge for training, us three boys – we were still young at the time, 24 or 25,” McDonnell continued. “We were going out to train and Geezer and Paul McGrane pulled us [aside] and nailed us on it.

“‘You stepped out of line and it’s never happening again’, they said. Made us feel like wee boys.

“But the big thing that happened in training, that night, was that Geezer circled the senior players – Diarmuid Marsden, Kieran Hughes, McGrane, John Toal – and said, ‘Nail them boys in training tonight, at every opportunity that you get’.

“I’ll tell you now – we walked off the training pitch that night knowing that we had stepped out of line. We came off black and blue, blood dripping from us, but that’s the way it was. We had to accept that. That’s fair punishment.”

Sure it was his birthday after all….