Crossmaglen ease to yet another county title 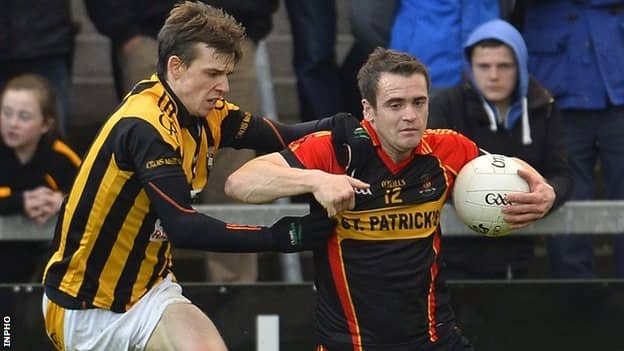 Crossmaglen secured a 17th Armagh club title in 18 seasons with a comfortable 0-17 to 0-8 win over Cullyhanna in Sunday’s final at the Athletic Grounds.

Callum Cumiskey and Kyle Carragher each fired over three points to help Cross to a 0-8 to 0-3 lead at the break.

Cullyhanna reduced the gap to three before Cross hit five points without reply and they eased to victory.

Cross will take on Down side Kilcoo in the Ulster quarter-finals in a repeat of last year’s final.

The Armagh men defeated Kilcoo 3-9 to 1-9 to secure a third straight Ulster title and the sides will meet again on 3 November.

Cross surged into a 0-7 to 0-1 lead before Robbie Tasker hit two points late in the first half to give Cullyhanna hope.

Scores from Tasker and Ciaran McKeever left Cullyhanna just three back but Cross responded with five straight points, with two from Tony Kernan.

Kernan slotted over another two points before the end to take his match tally to five.