Crossmaglen crash out of Ulster with defeat to Omagh 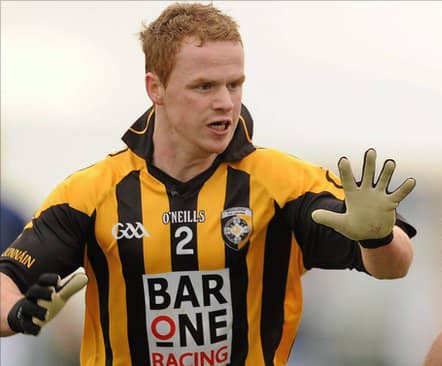 Crossmaglen’s hopes of adding another Ulster title to their remarkable record of achievements were shattered yesterday in what proved to be a sickening day for the Armagh champions.

Cross’ preparations were affected when a number of their players picked up a vomiting bug during the week, Aaron Kernan being the most influential player to suffer. Padraig Stuttard came in for Kernan and proved to be one of their best players in an ideal first half. Cross’ had been seeking a stronger test for their players and Omagh provided that from the start, although everything seemed to be going to plan as a goal from Stuttard helped give Crossmaglen a six point lead at half time.

Tensions began to rise in the second half and Crossmaglen let their discipline slip, two dismissals in three minutes and a goal from Barry Tierney turned the game on its head. Crossmaglen simply couldn’t hold on in the final few minutes and two late points from Ronan O’Neill sent Omagh through to the Ulster Senior Championship Semi Final.

Crossmaglen got the first two scores of the match from free kicks, Jamie Clarke converting the first from 45 yards and Tony Kernan slotting the second over from close range. The heavy favourites suffered an early blow after their positive start, losing Kyle Carragher after 5 minutes.

They went three points ahead when Johnny Hanratty’s ball in to the danger zone was fisted over the bar by Kyle Brennan. Omagh levelled things up on the 7th minute, Aaron Grugan guided an accurate pass into the full forward line and Ronan O’Neill took full advantage of it, turning James Morgan before ruthlessly finishing into corner of the net.

Murtagh restored the lead with a point from the right, and Jamie Clarke doubled the lead a few minutes later when he squeezed through Conor Meyler and Barry Tierney and slotted over with his left.

Rico Kelly was dragged to the ground after catching a kick out from Ryan Kelly, and Tony Kernan scored from the resulting free kick. Kelly and Johnny Hanratty were dominating in the middle, and swung the momentum in Cross’ favour.

Ronan O’Neill got one back for Omagh with a close range free, but Cross’ responded immediately with a free kick of their own, converted by Tony Kernan.

Omagh may have been struggling to compete with Crossmaglen’s midfield or threaten their defence but they were holding fairly well at the back. On the 18th minute Crossmaglen hit their fourth wide, which was one more than they hit in the entire Armagh Senior Championship Final.

Two of those may have come from over hit passes but it showed that Omagh were forcing them into mistakes they hadn’t been making in the County Championship.

The consistent Martin Aherne gathered a loose ball and give it on to Brennan who put John Murtagh through on goal with a delightful pass, his shot which was heading for the top corner was brilliantly saved by Ryan Clarke.

Aherne took the lead to four points with a fantastic point from the right, Michael McNamee found him in space and the Crossmaglen half back slotted over from roughly 40 yards.

Crossmaglen were given a scare on the 22nd minute, Barry Tierney went on a powerful run through the middle and passed the ball across to Cathal McCarron at the right hand side of the goal, Hearty had closed the angles so McCarron tried to play a ball across to Conor O’Donnell, but his pass was inches too high.

Crossmaglen got what looked to be a potentially decisive goal on the 28th minute. Rico Kelly rise highest to win the ball in the middle, Tony Kernan Kernan gathered his knock down and laid it on to Stephen Finnegan. He then fisted a pass over the top to Padraig Stuttard and the player that came in for Aaron Kernan drilled the ball past Clarke in the Omagh goal.

Jason McAnulla exchanged passes with Stephen Mullan before knocking over his first point of the game on the 29th minute. This meant Crossmaglen went in at the break leading 1-08 to 1-02.

They stretched that lead early on when Kyle Brennan worked his way through the Omagh defence and scored from 20 yards.

Crossmaglen had the game exactly where they wanted it, leading by seven points and seeing a lot more of the ball. But things began to get a little bit messy after the 34th minute. Ronan O’Neill scored a fine point as he worked his way into a little bit of space, but a number of a off the ball confrontations caused constant disruptions in the play, and five players were booked in just nine minutes.

Omagh were improving as the half went on, momentum began to grow as they pushed harder at the Crossmaglen defence. Conor O’Donnell grabbed a point on the 40th minute and just moments later McAnulla almost bagged a second goal for Omagh, but he stumbled as he struck the ball and his scuffed shot was denied by the feet of Hearty.

Crossmaglen were under pressure, but they were still in an ideal position to progress, leading by four points with just over ten minutes to go. Things then changed dramatically in a disastrous three minute period.

Callum Cumiskey was sent to the line for a high tackle, Tony Kernan got a straight red card for an off the ball incident and Barry Tierney bravely fisted in a goal for Omagh as he smashed into the goal post reaching for O’Donnell’s assist.

All of a sudden Crossmaglen’s lead was down to just one single point and they had only 13 players standing on the field with nine minutes to go.

On the 55th minute Conan Grugan levelled the game, the influential Aaron Grugan who had been the link man for Omagh all day found the midfielder in space and he blasted over from 50 yards. Two minutes later Ronan O’Neill put them ahead with a close range point.

O’Neill took his tally to 1-04 with the final kick of the ball, a fine point swung over with his left to round off a day that will be remembered in Omagh for many years to come, final score was Omagh St Enda’s 2-08 Crossmaglen Rangers 1-09.