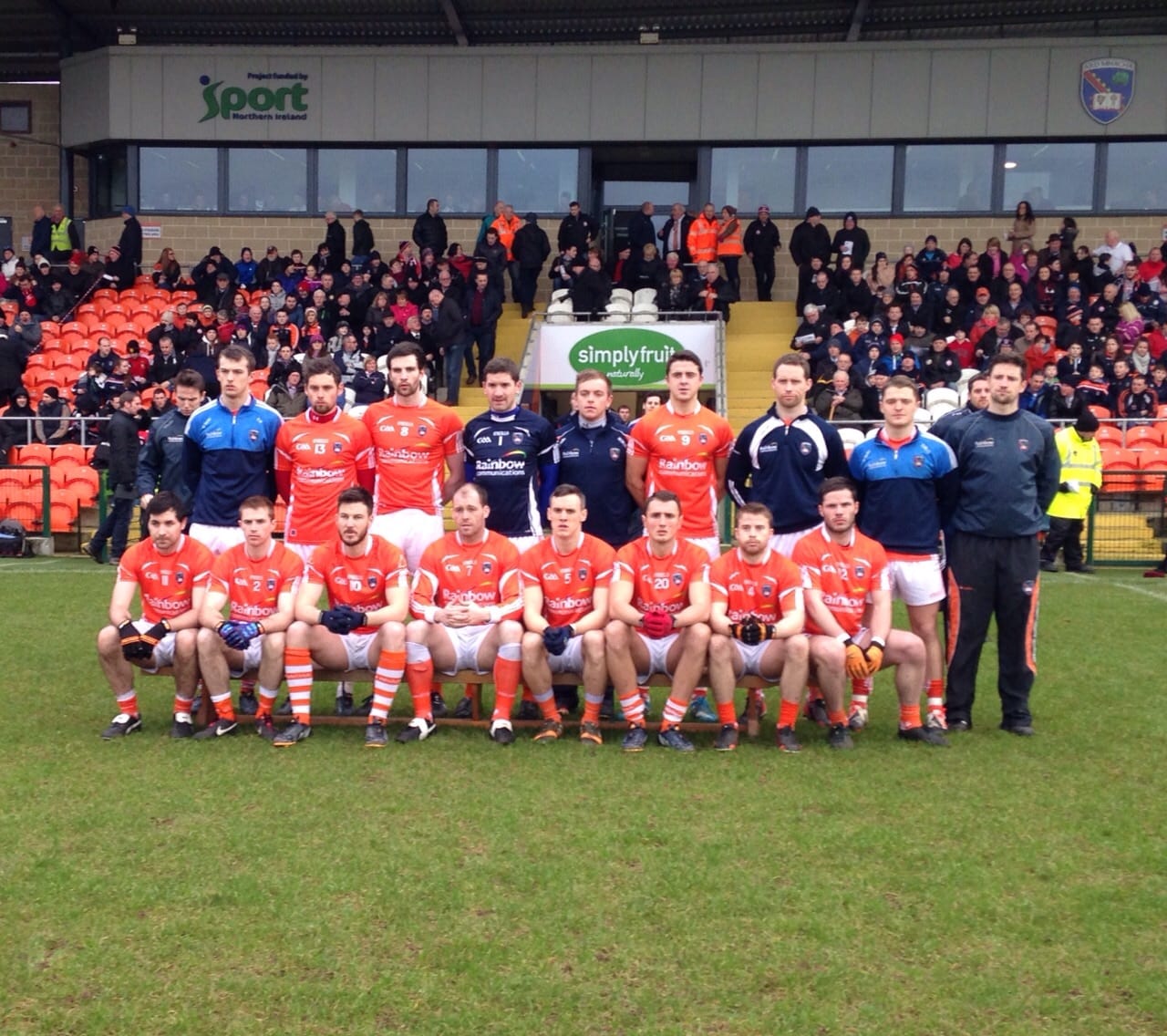 Game delays need to be addressed

Spectators witnessed a fantastic game of football, yet one of the main talking points of the day was what occurred outside the gates of the ground before throw-in.

The match was due to begin at 2pm but was delayed until 2:15pm as massive crowds gathered outside the ticket booths. It was feared that people may have begun to push and shove in order to try and force a way through the crowds to get in to the Athletic Grounds as soon as possible.

The crowds only continued to grow, causing another 15 minute delay, which angered players, managers and the spectators who had made the effort to arrive at the ground extra early.

Crowds waiting to get into the ground! #DrMcKenna #Armagh #Tyrone #GAA pic.twitter.com/SiO0ZvnNUA

The expected attendance of the match was around 3,500 but over double that number arrived to watch the season opener – 8,463 in total. Roads were completely congested in the town and people were panicking to find parking spaces. When supporters finally arrived at the ground they found massive unorganised queues outside both the ticket office and the turnstiles.

It may be that the impressive attendance completely caught everybody by surprise today, but misjudging expected attendances by almost 5,000 is a very big mistake to make.

Staff at the grounds can’t be criticised in any way because each and every one of them did everything they possibly could to deal with the situation. Ulster GAA have issued a statement apologising for what happened at the match, but apologies like this will continue to be shunned unless steps are made to avoid a repeat episode occurring in the future.

A number of players were given big opportunities for Armagh. Micheal McKenna made his first start for Armagh at senior level, Gavin McParland worked his way back into the county set up after being left out of the squad last season, Niall Geoghegan worked his way on to the team sheet, Stephen Sheridan made his debut and Lurgan man Niall McConville was also given a chance to impress from the start.

Niall Geoghegan had a very strong game in goal, a position which hasn’t been fully secured by any man since Hearty’s inter-county playing days. Geoghegan’s kick outs were spot on and he made a wonderful save to prevent Padraig McNuilty from grabbing a goal in the first half.

Unfortunately for the stopper his game was brought to a premature end when he injured his ankle on 47 minutes. Micheal McKenna was the stand out man-of-the-match, the Grange forward battled hard throughout and showed that he is fully capable of stepping up to the starting 15 in the year ahead.

He made a number of substitute appearances in this very competition last year and was a member of the Championship panel but after a strong season for his club he was rewarded with a first start. If performance levels can be maintained McKenna could be a very big player for Armagh in the coming months.

Dr McKenna Cup has regained a bit of bite

The Dr McKenna Cup has been running since 1927 and was once treated as a very serious competition. In recent times counties have used the Dr McKenna Cup as an opportunity to assess their younger players before the serious football gets underway.

There was plenty of passion on show between @TyroneGAALive & @ArmaghGAA yesterday in Armagh! #GAA pic.twitter.com/lOCr9KnX7c — Sportsfile (@sportsfile) January 5, 2015

Some GAA followers have been saddened to see the competition treated like a pre-season tournament, but that is just what the Cup has become and we will more than likely never see teams craving to win the Dr McKenna Cup. But yesterday’s match showed the games aren’t just a fun day out for all, it was a very competitive match which neither side wanted to lose.

That may always be expected in an Armagh vs Tyrone match, but these bitter rivals went a few levels above what was to be expected. 19 cards were shown, a lot of heavy hits were dished out and the supporters for the neighbouring counties were absolutely fantastic and helped stir up a passionate atmosphere at the Athletic Grounds.

If both counties fans can continue to show similar support in the coming weeks it would do this historic competition a lot of justice. That could very well happen too, there is new aura around Armagh now that Geezer has taken over and Tyrone are targeting a fourth consecutive Dr McKenna Cup and a 13th in total which will bring them level with Monaghan.

Armagh may need their to address their discipline issues

A great game could have been so much better if referee Noel Mooney had have been a little less strict in his approach. The game never really got to flow for a long spell and players for both sides were being held back by Mooney’s willingness to dish out the cards, 14 yellows, four reds and one black card was shown in this heated affair. Back page of the Irish Examiner

Mooney certainly went over the top and maybe did so to keep control of the game, he may have feared things would get out of hand after an early altercation between a number of players.

But not all the blame can be pinned on the man in the middle, too many Armagh players were getting involved in off the ball tussling and failed to keep their tempers under control.

Three red cards in a single game of football is always going to prove decisive and if Armagh are going to be in equally aggressive encounters in this year’s Championship, one would like to hope that players will show the maturity and discipline to walk away from certain situations.

The Armagh team were very well connected in their first competitive game. This group continues to show a great team bond and morale seems to be very high at the moment.

The defence were tactically outstanding in the first half, each man knew their role and played their part perfectly as they forced Tyrone’s forwards into making continuous mistakes which resulted in six first half wide’s for the away side.

It wasn’t just the defending, Armagh’s forwards combined very well. Two scores stood out, Micheal McKenna’s point in the first half came after a wonderful team move completely cut open the Tyrone defence and the man of the match made no mistake in slotting over.

The second was Eugene McVerry’s goal, Niall McConville gathered the ball on the right flank and as a number of defenders approached he remained calm and dinked a delightful pass over the top to Eugene McVerry who quietly drifted his way into space yards from the Tyrone goal. McVerry, who was a key member of Armagh’s Minor All-Ireland winning team in 2009, rifled the ball into the bottom left corner.

It may have been a defeat but things are still looking bright for Armagh.