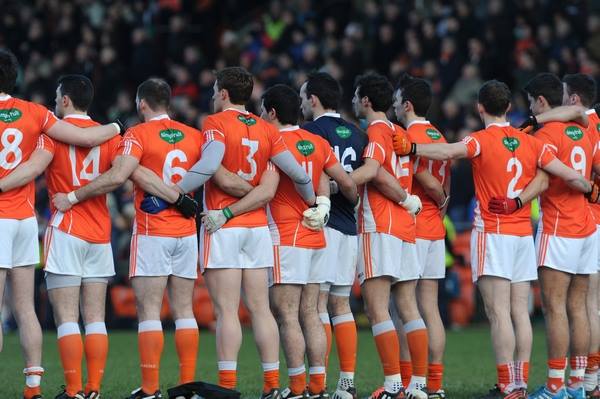 Tricky Tipp show promotion will be a challenging task

It would have been completely naive to think that Tipperary would have been a walkover, but not too many truly believed yesterday’s match would have been decided by a last gasp strike. Gaelic football is growing Tipperary, an U-21 Munster title in 2010 and a Minor All-Ireland the following year shows many talented players are coming the ranks and choosing to represent their county’s football panel, rather than pursue a career in hurling.

The Munster side, who were playing division 4 football last year, played a very intelligent game and deserved to travel home with at least a point to show for their efforts. They competed well across the field and played direct football which hurt Armagh and left the Orchard’s defence looking quite exposed at times. Luck was certainly on Armagh’s side at the Athletic Grounds, referee, David Coldrick, harshly awarded a penalty against Tipperary just before half time, Aaron Findon was sent to the ground, but it was difficult to see what foul had actually been made.

Tipp were also reduced to 14 men on the 42nd minute when Robbie Kiely was red carded for an off the ball incident, which angered Tipperary’s backroom team. And finally an additional 20 seconds were played after the two minutes injury time which allowed Jamie Clarke to grab that game deciding score.

Prior to the campaign, Tipperary would have been highlighted as one of Armagh’s main challengers for the Allianz Division 3 League title, but Clare looked very impressive – defeating Wexford by 14 points. And Fermanagh, who have made a firm start to their season, won’t be fearing Armagh when they arrive at the Athletic Grounds on March 7.

Armagh’s biggest downfall in yesterday’s match was their missed opportunities through sloppy shooting and silly decisions. The home side hit seven wide’s, which certainly isn’t an astonishing figure, but some of those inaccurate strikes were simply unforgivable.

Had Armagh showed a little more class in attack it could have been a very different game. They dominated possession in the opening 20 minutes, restricting Tipperary to just one point, unfortunately in that period of time the Orchard could only develop a two point lead. Kieran McGeeney didn’t hold back in his post-match interviews when he was asked for his opinion on the matter. He admitted that Eugene McVerry, Tony Kernan and Caolan Rafferty missed major opportunities that could have helped maintain the momentum at separate stages in the game.

Although he wasn’t individually criticising those three, the county manager feels the team in general haven’t been scoring enough since he has taken over, and wants to see huge improvements in that department in the coming upcoming matches.

Weight of responsibility needs to be spread

More players need to rise to the occasion and offer bigger contributions. Too many expectations are being thrown at a select group of players. Jamie Clarke was Armagh’s hero yesterday, scoring 1-05 on the day. Aaron Findon once again produced another fighting performance in the middle, although tired in the second half.

Micheal McKenna was a big help in the final few minutes when his county needed him, he may not have had his best game but he scored the point which triggered the comeback and showed for the ball when other inexperienced characters may have drifted into the dark. How would Armagh have coped without Clarke and Findon? It would certainly be difficult to choose Armagh’s man of the match if you were to take those two out of the equation. Campbell could have been a possible candidate, but has showed in the past that he has much more to offer in an attacking role.

Armagh need more players to mature and really attach intimidating reputations onto their names. Becoming over-reliant on certain individuals will only lead to massive issues.

Armagh look to be in good physical condition

The shooting may have been sloppy, the flow of play was far from ideal, and too often Armagh were going onto back foot when they should have been attacking. But physically many players look to be in very good shape and certainly matched a hard hitting Tipperary side.

Armagh boast many talents who shine in a physical match – Aidan Forker, Aaron Findon, Finian Moriarty and Ciaran McKeever, to name just a few. But other players look to be preparing hard for those gritty battles. Caolan Rafferty, Micheal Murray, Declan McKenna and Ethan Rafferty have developed into fine athletes. To play McGeeney’s game, exceptional levels in those areas will be required. A lot of fine players are also waiting for their opportunity in the background. Ciaran O’Hanlon and Andrew Murnin, two powerful performers that match many inter-county players, but will require a little bit of experience to help him settle in.

Armagh’s extra bit of bite paid off in the end, they were capable of fighting for that extra inch in the air and when chasing that stray ball. Let’s hope as the season progresses, other qualities will improve which means we won’t have to endure too many more late drama’s similar to yesterday.

A team still moulding together

Armagh entered their opening league fixture as heavy favourites, but ended up snatching an unlikely victory considering they were outperformed for the majority of the second half and failed to score for 28 solid minutes.

Opinions will vary, some will be critical, others will ignore the quality of the performance and compliment the late battle. McGeeney is still only five games into his reign, it’s clear that much of his tactics haven’t clearly sunk in yet. Nothing worth panicking over just yet, it takes every leader time to get their ideas across. The Armagh manager knows that his side need to improve, and has also admitted in an exclusive interview with ArmaghI, that a number of positions are yet to be sealed. Based on performances so far, it’s difficult to find over eight guaranteed starters.