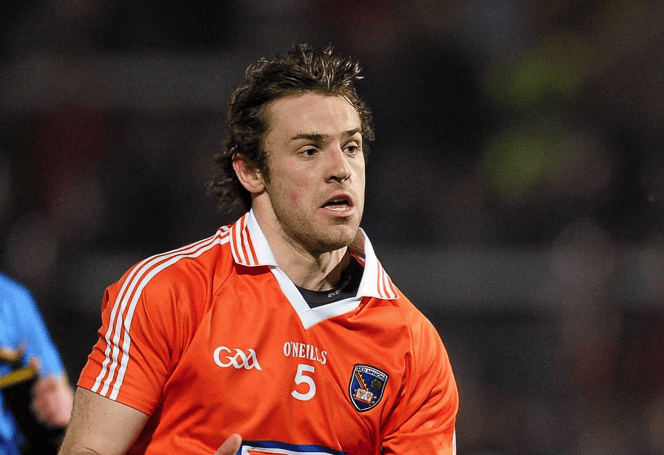 Armagh dynamo Kevin Dyas was prevented from speaking to reporters today ahead of their All-Ireland Senior Football Championship Round 4 qualifier against Meath this weekend.

According to EuroSport, the influential Orchardman attended a photo-shoot in Dublin with Royals skipper Kevin Reilly, but was not allowed to do any interviews.

Dyas was the architect of much of Armagh’s momentum in that Ulster Senior Football Championship quarter-final in Armagh.

Two Cavan and three Armagh players received bans over the incident at the Athletic Grounds and appeals by the Armagh set-up to have them lifted failed.

A media ban has been in place since that time because Armagh GAA viewed the press coverage of the brawl as unfair.

This Saturday’s Croke Park double-header begins with Armagh and Meath at 5pm, with Monaghan up next against Kildare at 7pm.