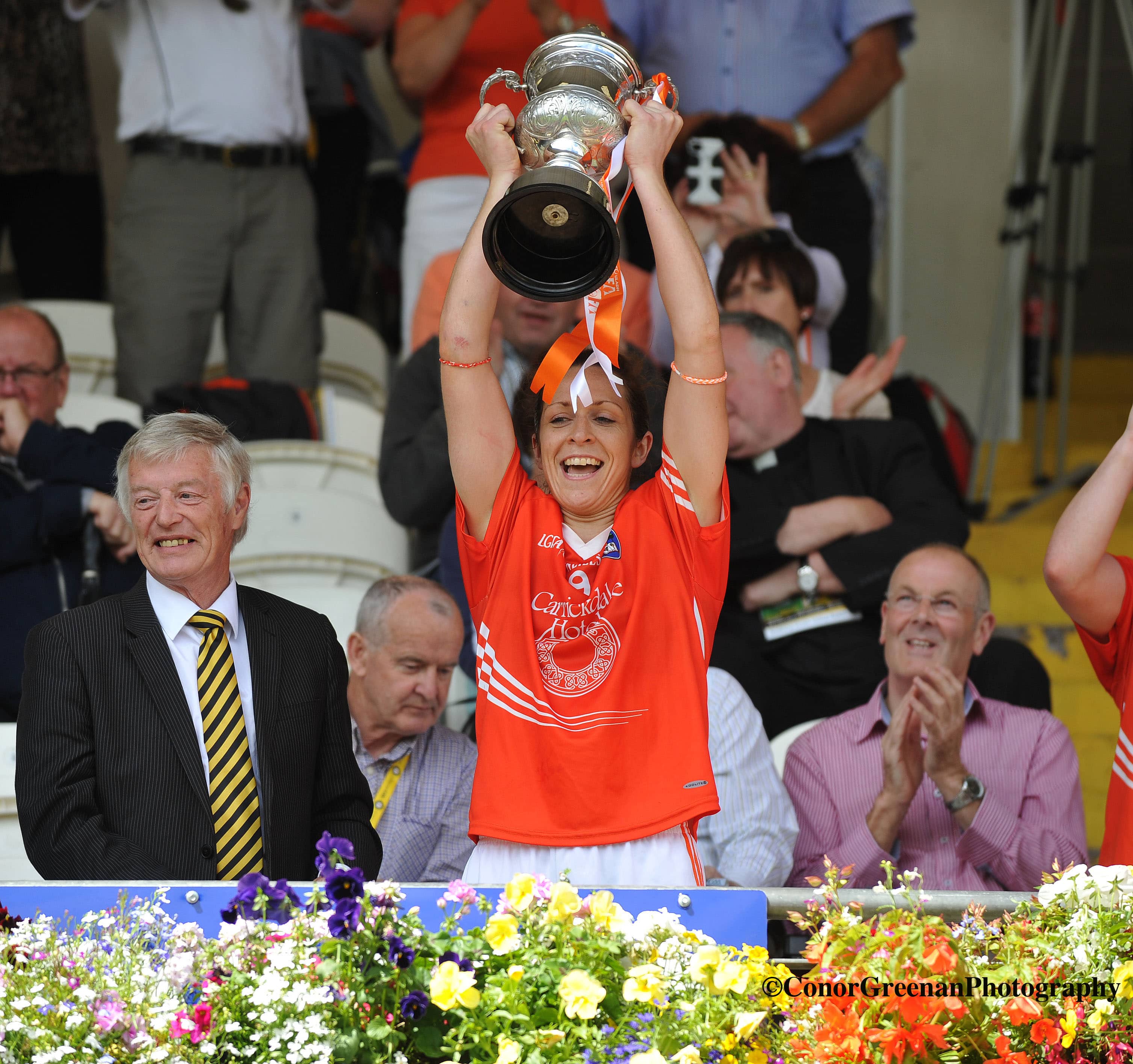 Armagh have claimed a major coup as they upset favourites Monaghan and claimed the Ulster Ladies Football championship in Clones today.

Armagh ran out 2-14 to 1-08 winners and prevented reigning champions Monaghan from claiming their fifth provincial crown in a row. Monaghan now go into the qualifiers.

Madden’s Kelly Mallon netted for Armagh early to give the visitors the lead which they held onto. The score at half-time was 1-04 to 0-05.

The Ulster champions restored parity minutes into the second half with a Cathriona McConnell goal – responding to Armagh’s early point following the restart.

Carrickcruppen’s Caroline OHanlon struck a penalty beyond Linda Martin on the hour minute to leave it 2-11 to 1-07.

Armagh never looked back and in the end they ran out comfortable winners on a scoreline of 2-14 to 1-08.

In the men’s game, it was a different story as Monaghan eased into another Ulster final with a comprehensive five-point victory .

Paul Grimley’s men started well through Tony Kernan and an Aaron Findon goal had Armagh believing an upset was on the cards.

However, Monaghan and Conor McManus had other ideas.

McManus rattled the net himself midway through the first half and by the time the referee had blown for half-time, the Farney men were four points better off.

The game was effectively over as a contest after the interval as a Monghan raced into a seven point lead 12 minutes into the second half.

Armagh did attempt their own mini revival and brought the deficit down to four with scores from Jamie Clarke and Tony Kernan but the hosts saw out the game to win on a scoreline of 1-18 to 1-13.

Click on individual photo to open up gallery. Pics by @Conorphoto. For enquiries call 07858818273