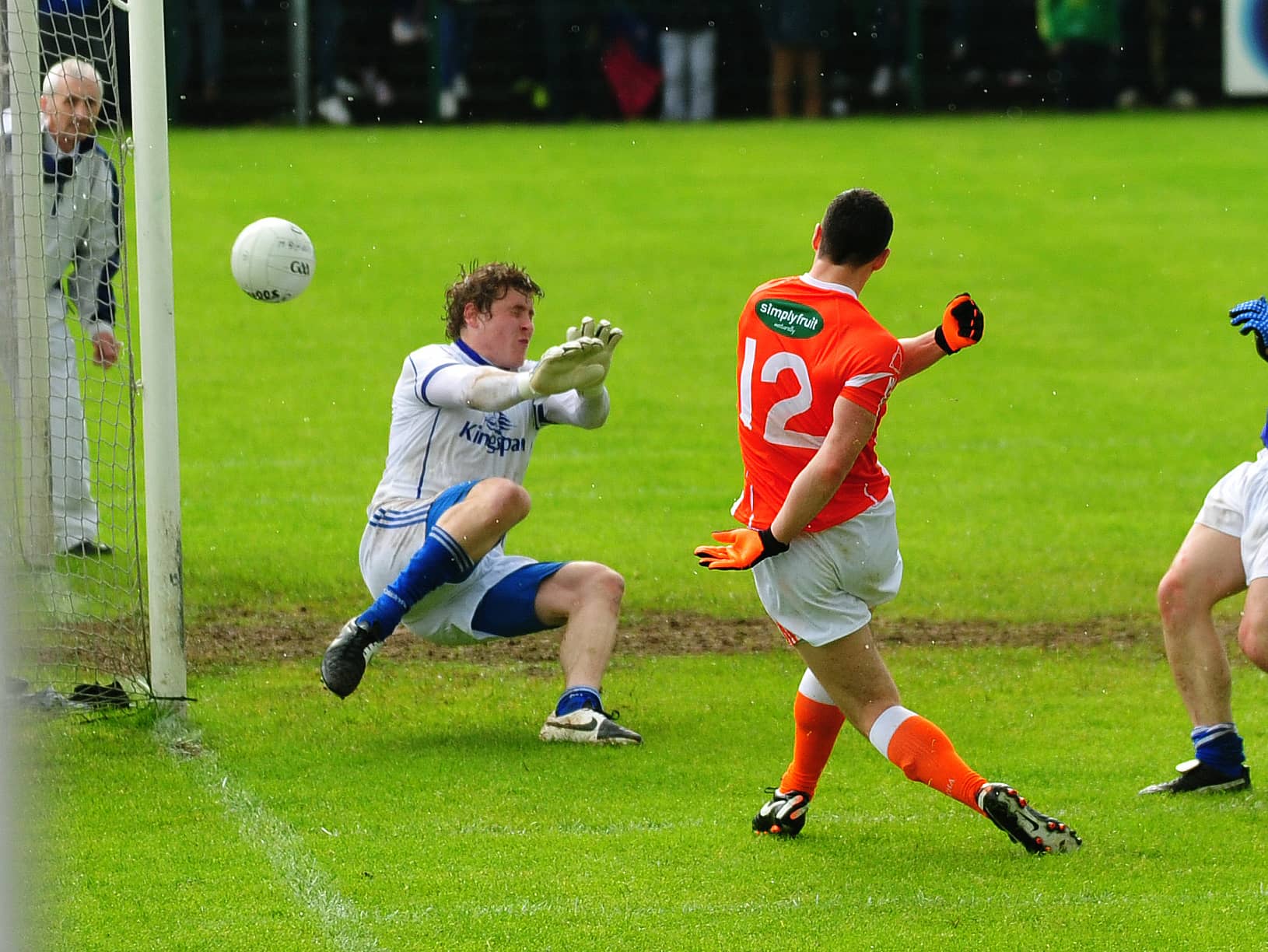 Armagh have suffered two major blows ahead of their Ulster championship semi-final with Monaghan in Clones next Saturday night.

Paul Grimley will have to do without the services of Kieran Toner, Andy Mallon and Brendan Donaghy after Croke Park quashed their appeals against a one-match ban imposed following the pre-match brawl with Cavan a fortnight ago.

Caolan Rafferty’s goal against Cavan helped Armagh on their way to the Ulster Championship semi-final but a suspected broken hand sustained in training has ruled him out of the big game against Monaghan on Sunday week. Picture: Conor Greenan

It has also emerged that forward Caolan Rafferty has suffered a suspected broken hand in training during the week and could face up to six weeks on the sidelines.

The Granemore man scored the decisive goal against Cavan and his absence will be sorely felt next weekend.

Manager Paul Grimley will have to prepare without four of his starting 15 in what was already a mammoth task.

The two counties last met in the 2010 Ulster Championship quarter-final with Monaghan running out convincing winners with a 12-point victory.