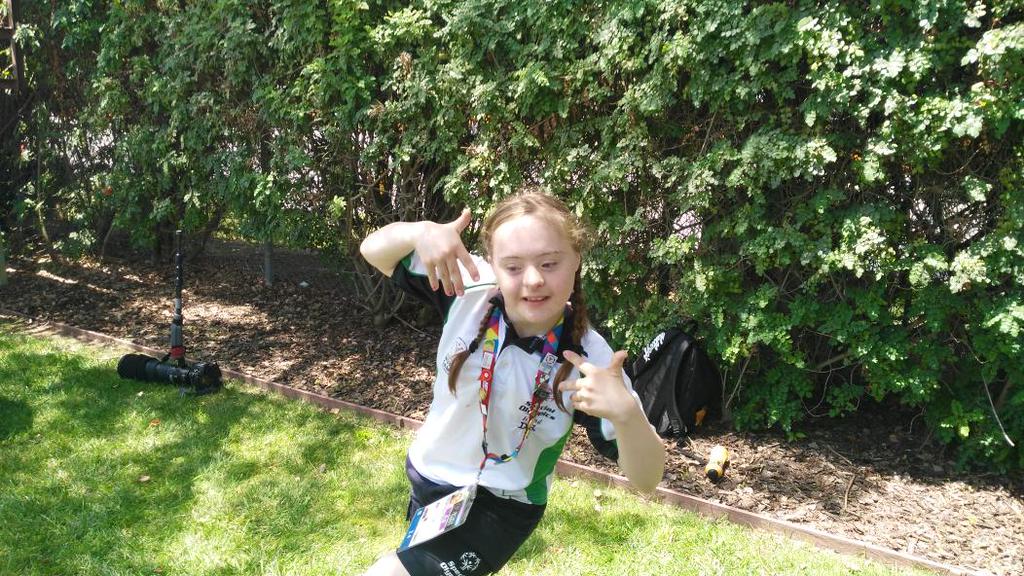 County Armagh girl Dearbhail Savage has won an equestrian gold for Team Ireland at the Special Olympics in Los Angeles.

The 14-year-old is one of Team Ireland’s youngest competitors but that hasn’t stopped her setting the standard.

Her success follows that Kirsty Devlin from Belfast and Peter Malynn from Westmeath who both won gold earlier today.

Dearbhail began the sport just three years ago when she joined the Saddle of Reins Special Olympic Club which is based at Oakwood Riding School in Mayobridge.

Her First competition was at the regionals in April 2013, where she won two gold medals which eventually lead to her being selected to participate at the Special Olympics Ireland Games.

Dearbhail’s mother Karen Savage feels equestrian is the perfect sport for her daughter, and is extremely grateful she found such a kind caring Club with Saddle and Reins.

Team Ireland now has a total of 17 medals at the Games.