Armagh boxer Sean Duffy through to last 16 at Commonwealth Games 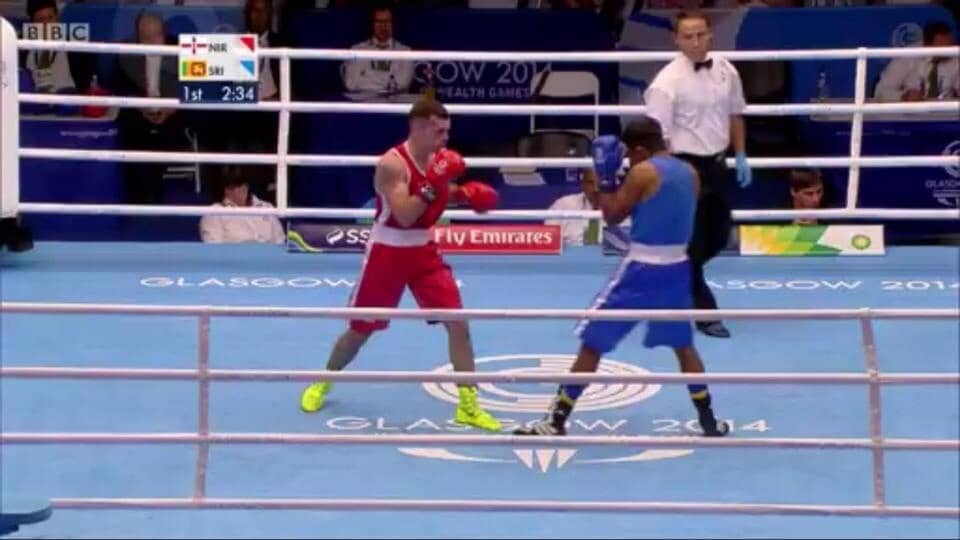 County Armagh boxer Sean Duffy boxed his way into the last 16 of the Commonwealth Games with a comfortable victory over Sri Lankan Muhamed Dilshan.

Duffy looked composed throughout, winning all three rounds, and forced his opponent into a standing count in the third.

After the fight the 23-year-old said: “This time last year I was sitting in a hospital bed with my mouth wired, eating with a straw.

“A lot of people wrote me out of boxing and said I’d never come back. But it takes more than a broken jaw to keep me down.”

Duffy added: “My dad had a wee bit of a struggle getting tickets and getting over. But he was here tonight and that makes it that wee bit more special.”

Duffy also reserved a special mention for Team Stephen – dedicating his fight to the cause before signing off, “keep up the fight”.

Duffy fights Fabiani Gaudence Pius of Tanzania in the round of 16 tonight.

The Craigavon woman was never in the contest although she can still win a bronze medal in the third/fourth place game on Sunday evening.