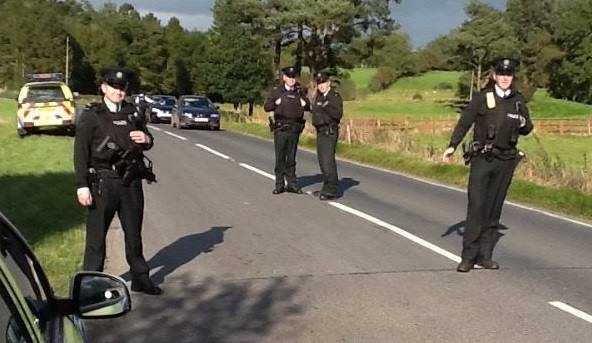 Police have arrested a 20-year-old man and seized drugs after a car was stopped in Keady this afternoon (Thursday).

Shortly before 3.45pm police received a report of a male acting suspiciously in The Square in Keady.

It was reported that this individual was suspected of trying to sell drugs to young people who were in the area at the time.

Local police responded and conducted a search of the area for the male.

A male matching the description was stopped by police a short time later and, following a search of his vehicle, a quantity of suspected cannabis and drugs paraphernalia was recovered from the vehicle.

Commenting on the incident Inspector Kieran Quinn said: “I am delighted to have removed these drugs from the streets of Keady this afternoon.

“This is an excellent example of how information from the community enables us to focus our resources where and when they are needed most. Lifting the phone and making the call works.

“We will follow up any information provided by the community and can assure everyone of confidentiality when they make that call.

“We know that street-level drug dealing is happening throughout Northern Ireland, but we need the help and support of local communities to remove this activity from our streets. If you know or suspect that illegal drugs are being sold or distributed in your area, please pick up the phone and contact us.

“We will continue to disrupt and arrest drug dealers involved in the sale and supply of drugs, bring individuals before the courts and work with communities and partner agencies to reduce the threat of harmful and illegal activity. We are asking everyone for their support and co-operation in tackling this problem through the criminal justice system.

“If you see or know of anyone who is dealing drugs in your local area, then contact your local police on the 101 number or alternatively you can contact the independent charity Crimestoppers anonymously on 0800 555 111 and pass on any details that you may have.”