My life in space: World famous astronaut to visit Armagh 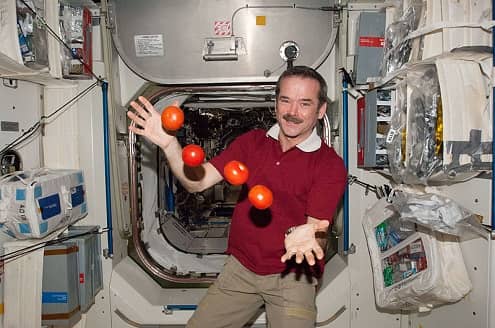 A world famous astronaut will be in Armagh this Sunday, January 12, to speak of his time spent living in space, Armagh I can reveal.

Safely back on earth after living aboard the International Space Station, Chris Hadfield will visit Armagh Planetarium to discuss life in space and share extraordinary stories from his first book, An Astronaut’s Guide to Life on Earth.

Chris Hadfield was inspired to become an astronaut when he watched the Apollo moon landing on TV as a child.

In 1992 he achieved his dream when he was accepted into the Canadian astronaut programme by the Canadian Space Agency.

During his missions he gained world-wide popularity by chronicling life aboard the space station and taking stunning pictures of the earth and posting them through social media sites.

“We are delighted and very excited that Commander Hadfield will be touching down at Armagh Planetarium. Chris has raised public awareness of space and has inspired so many of us with unique insight into life aboard the International Space Station,” said Dr  Tom Mason, Director of Armagh Planetarium.

Sunday morning’s event, which sadly is booked out, is the latest in a long line of coups for the Armagh Planetarium.