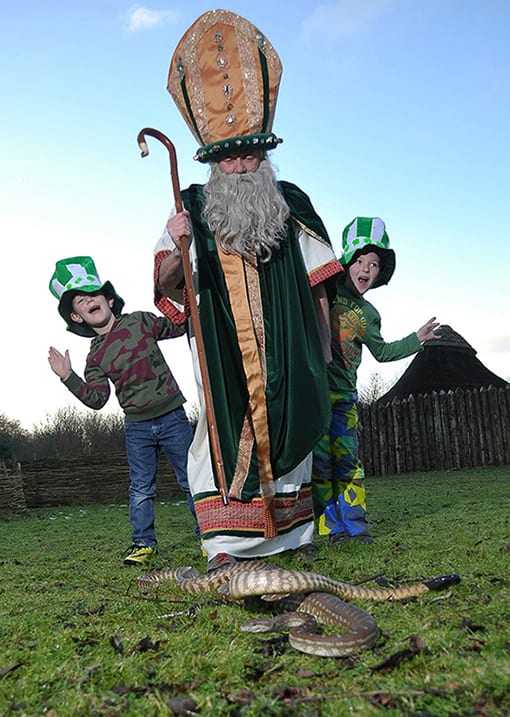 Work will start shortly on planning for next year’s St Patrick’s Festival in Armagh.

And it will be hoped to arrange a celebration on a par with previous years which drew thousands of visitors to the city.

Armagh City, Banbridge and Craigavon Borough Council has accepted a letter of offer of funding for the next three years for a St Patrick’s International Festival for Northern Ireland, which will take place in Armagh and Downpatrick.

DUP Alderman Freda Donnelly queried the difference in funding received over the previous three years from Tourism NI compared to that allocated in the Newry, Mourne and Down Council.

She also asked if any arrangements had yet been made for key acts for next year’s St Patricks Festival.

Alderman Donnelly was informed that, to date, no arrangements had yet been made in relation to the St Patrick’s Festival.

But a report is expected to come back before committee next month.

SDLP Councillor Sharon Haughey-Grimley expressed her disappointment that the funding for next year’s St Patricks Festival was lower than previous years. And she agreed with Alderman Donnelly that planning for next year’s event should be “progressed urgently”.

She welcomed the fact that a report would be coming to the economic development and regeneration committee in September and hoped this matter would be “made a priority”.

Councillor Haughey-Grimley also welcomed the international aspect, as Armagh had a lot to showcase and council needed to make sure the theme ‘Made in Armagh’ was retained.

She felt the success of the festival was also down to the community aspect and groups taking ownership and emphasised that it needed to be a community-based parade.

The proposed St Patrick’s International Festival will be held over a number of days around St Patrick’s Day in March of each year.

It intends to capitalise on the international status and recognition of St Patrick and will reinforce this iconic association with Northern Ireland.

The festival in 2016 is recognised by Tourism Northern Ireland as a foundation year and as it will be organised and delivered by Armagh City, Banbridge and Craigavon Borough Council and Newry Mourne and Down District Council across Armagh and Downpatrick.

Other stakeholders will include Tourism Ireland, Arts Council of Northern Ireland and Invest NI, who will be requested to support the development of the festival.