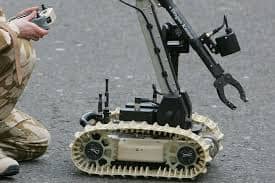 A “small viable device” has been discovered by police in Armagh after a number of families were moved from their homes.

Residents were evacuated from their homes in the Alexander Avenue area in the early hours of today (Tuesday) December 31 following the discovery of a suspicious object at a house.

Evacuations began at around 4am and a local community centre was opened for the residents.

Army Technical Officers who examined the object declared it as “a small viable device”.

The device has been removed for further examination and all residents have been allowed back to their homes.

Police are appealing for anyone who noticed any suspicious activity in the Alexander Avenue area or who has any information to contact them in Armagh on 0845 600 8000.