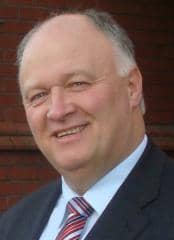 Upper Bann MP David Simpson has responded to the announcement made by the Health Minister Edwin Poots that the Health Service is facing a shortfall of £140million.

Northern Ireland’s Health Minister has said he will not implement cuts that would “destroy our Health Service”.

Mr Poots said: “I am not going to impose cuts which will have such a negative consequence that it will damage the health of the Northern Ireland population.”

Following this announcement, David Simpson MP immediately contacted the Chief Executive of the Southern Health and Social Care Trust to discuss potential implications for the service at a more local level.

Mr Simpson said: “Before analysing this most recent development within the Health Service I think it’s very important to recognise the achievement of the Health Service over the last three years. £492 million of savings have been made with a further £170 million of savings earmarked for the current year. This would bring the total savings to two-thirds of a billion pounds in four years.

“Whilst these are major sums of money the public didn’t negatively feel the impact of this as a number of other measures were also taken. The length of stay people had in hospitals was reduced by 0.6 days, less people have taken up beds pre-operation and there has been more day surgery. Prior to the Executive needing extra money for welfare penalties significant progress had been made on waiting times for treatment.

“The Department has received £20million to cover unfunded pressures that are amounting to £160million. That leaves a shortfall of £140million.

“As a result, a number of proposals will now be put on the table for the Department to analyse. I support the Health Minister on his current stance regarding the implication of these proposals. I have grave concerns on the negative impact these cuts will have on our constituency.

“I will continue to work with both the Minister and the Southern Health Trust in order to facilitate an outcome that puts patients’ health first while considering the welfare of all those who work tirelessly within the Health Service.”