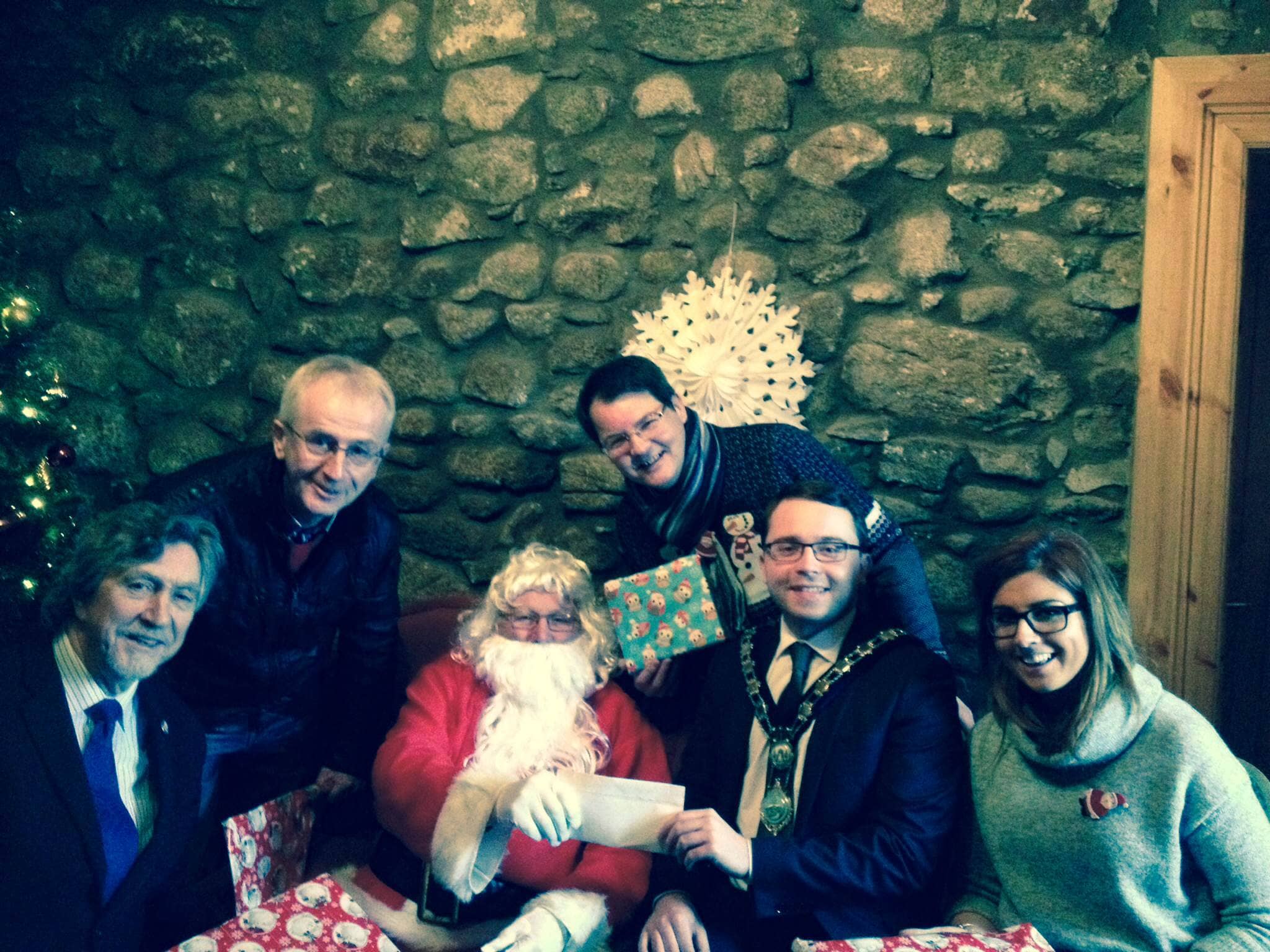 It was a fun packed day and Gerry Mc Elroy on behalf of Sr Consilio, the residents, staff and volunteers of Cuan Mhuire thanked all those including Mayor of Newry and Mourne Dáire Hughes for attending the event.

“Cuan Mhuire as a Charity depends mostly on financial donations and support from people to ensure that we can sustain and deliver our life changing services, 365 days a year, including Christmas Day. Many thanks to those who organised and attended this Christmas Fayre Day, our recent “Margo” concert, Fashion Show, Flower Arranging and all fund raisers organised by the friends and supporters of Cuan Mhuire” said Gerry.

Noel Griffith who manages the Cuan Mhuire Charity Shop based in Hill Street Newry echoing his colleagues sentiments said: “Our Newry Charity Shop which celebrated its first full year in business last week, has gone from strength to strength. This would not be possible without the generous donations from people and the daily influx of customers to our Shop. We are geared up for Christmas and are open from Monday to Saturday 9-30 to 5pm.”

Speaking after attending the Cuan Mhuire Christmas event, Mickey Brady MLA, praised what he described as the “unsung heroes” who support and care for the most vulnerable in our society.

“In Ireland every seven hours one person dies from an alcohol related illness. Cuan Mhuire is Ireland’s largest voluntary provider of Rehabilitation Treatment for individuals suffering from addiction and other related issues.

“Since its formation in 1966 by Sr. Consilio, Cuan Mhuire has treated over 75,000 people. At any one time Cuan Mhuire has 600 people in treatment through their nationwide centres in Newry, County Down, Bruree, Co. Limerick, Farnanes, Co. Cork, Athy, Co. Kildare, Coolarne, Co. Galway.

“Cuan Mhuire and many other Charities and Voluntary groups are the unsung heroes of our communities as they quietly go about their work of supporting the most vulnerable in our society. We owe them a deep debt of gratitude for their unconditional service to vulnerable people and their families.”