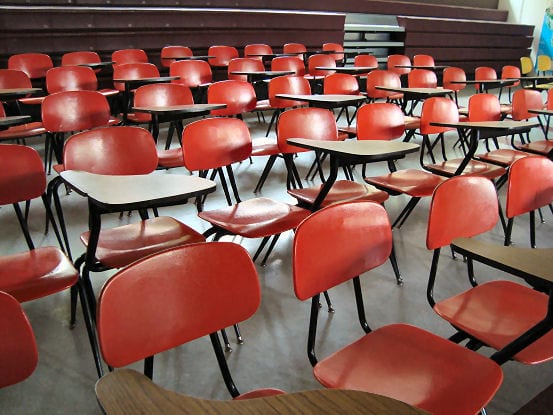 Teachers in Northern Ireland have overwhelmingly voted in favour of strike action in the new year as the largest teachers’ union in Ireland has now been mandated by its members to take action over the ongoing pay dispute.

Thursday’s ballot reveals that strike action is supported by 78 per cent of INTO members with 94.97 voting in favour of action short of strike.

The ballot turnout was 40 per cent which the union says demonstrates the strength of feeling on this issue across the membership.

The union, which has 7,000 members right across Northern Ireland, says the ballot delivers a clear message to the Minister for Education, and the employing authorities, that value must, once and for all, be placed on children’s education and on the teachers delivering it on a daily basis.

Seamus Hanna, Chairman of the INTO’s Northern Committee, said INTO has taken every possible measure to talk to those in power and agree a deal which is right, and just, for its members, adding that teachers’ goodwill and professionalism will no longer be allowed to be taken for granted.

Speaking after the results of the vote was made known, Mr Hanna said: “The INTO has taken every possible measure to avoid the closure of schools.

“We constructively entered into talks to find a just and reasonable pay deal but this was met with an imposed award which provides no salary increase for teachers for the year 2015/16 and an imposed 1 per cent for 2016/17.

“Teachers remain the only group within education to be denied any increase for 2015/16.

“It needs to be made clear that Minister Peter Weir MLA has subsequently attempted to confuse the public by presenting a contractual salary entitlement paid to just nine per cent of young teachers as a pay increase for all teachers.

“Despite the sincerity of our efforts all attempts to find a just settlement and avoid the closure of schools have now failed.

“The INTO is now directed by our members to engage in both, half day strike action and, in action short of strike, which will include non co-operation with the Education and Training Inspectorate (ETI).

“Action short of strike, involving the ETI, will commence on January 6, 2017 and will involve INTO members withdrawing all co-operation with the ETI. This action will be followed up with a series of half day strikes – the first of which will take place on January 18, 2017 with future dates to be confirmed.”

INTO says it will continue to remain available to the Minister for Education for meaningful talks.

Gerry Murphy, the union’s Northern Secretary said: “The INTO is now mandated by its members to engage in a programme of action that is aimed at securing a just and fair pay settlement for our members.

“We will continue to remain available to engage meaningfully with the education Employing Authorities and the Minister.

“The ball is in their court.”