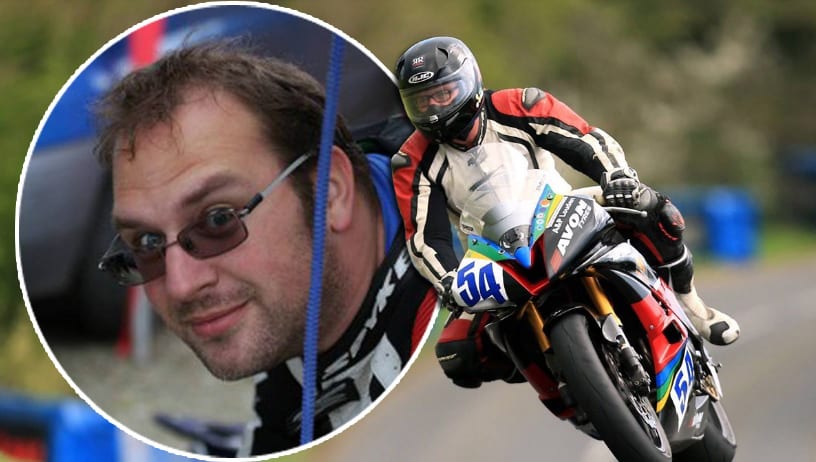 A new memorial garden and wall is to be constructed and dedicated to those who have lost their lives in the Tandragee 100 Road Races.

It will be sited on a patch of waste land within Clare Glen.

To date, a total of 12 people have lost their lives in the annual event, which was first staged back in 1958.

Ten riders and two spectators – Sylvia McClure and Ernest Wortley, who both died in the same incident two years after it launched – have been killed.

Most recently Italian rider Dario Cecconi died in 2017, passing away in hospital three days after a crash on the circuit which the 38-year-old called his ‘home’.

Others who have lost their lives engaged in the sport they loved so much included Bob Thompson, in 1961, sidecar competitor Michael Shanahan in 1977, whose death led to the inclusion of sidecars being abandoned in future races; Rab Duncan, also in 1977, Oral Watson in 1992, Daniel Humphreys in 1996, Maurice Wilson in 2004, John Donnan and Martin Finnegan in back-to-back outings in 2008 and 2009 respectively, and Noel Murphy in 2014.

An application for this fitting tribute to them all has now been submitted to Armagh City, Banbridge and Craigavon Borough Council for consideration.

It has been lodged by clerk of course Anne Forsythe, on behalf of the North Armagh Motorcycle and Car Club, which organises the Tandragee 100.

The garden would be closed off behind a timber fence.

At its heart will be the red brick memorial – close to a metre tall – which will be capped with natural slate.

There will be individual marble plates randomly fixed to each brick and these will bear the names of the fallen riders or spectators.

The centre of the memorial will be filled with decorative gravel.

At its front will be three plates – these will bear the name of the memorial, the club’s logo and an outline of the circuit and inscription remembering the fallen.

At either side of the garden will be two benches for the public to come along and sit, with these to be provided by Armagh City, Banbridge and Craigavon Borough Council.

When Armagh I first revealed plans for the memorial back in 2016, former clerk of course RJ Woolsey said: “As a club, we decided on a memorial garden in Clare Glen, where people can park their cars.

“It’s a small, quiet, peaceful place for families and the public to pay their respects. It’ll also be a nice new feature for Clare Glen.”

Fundraising has been ongoing over the past number of years since the idea was first mooted – with a £5,000 target – and the organisers are now in a position to submit formal proposals.

The North Armagh Motorcycle and Car Club is hopeful that planning approval can be granted in the not too distant future with work to erect the memorial starting as soon as possible.