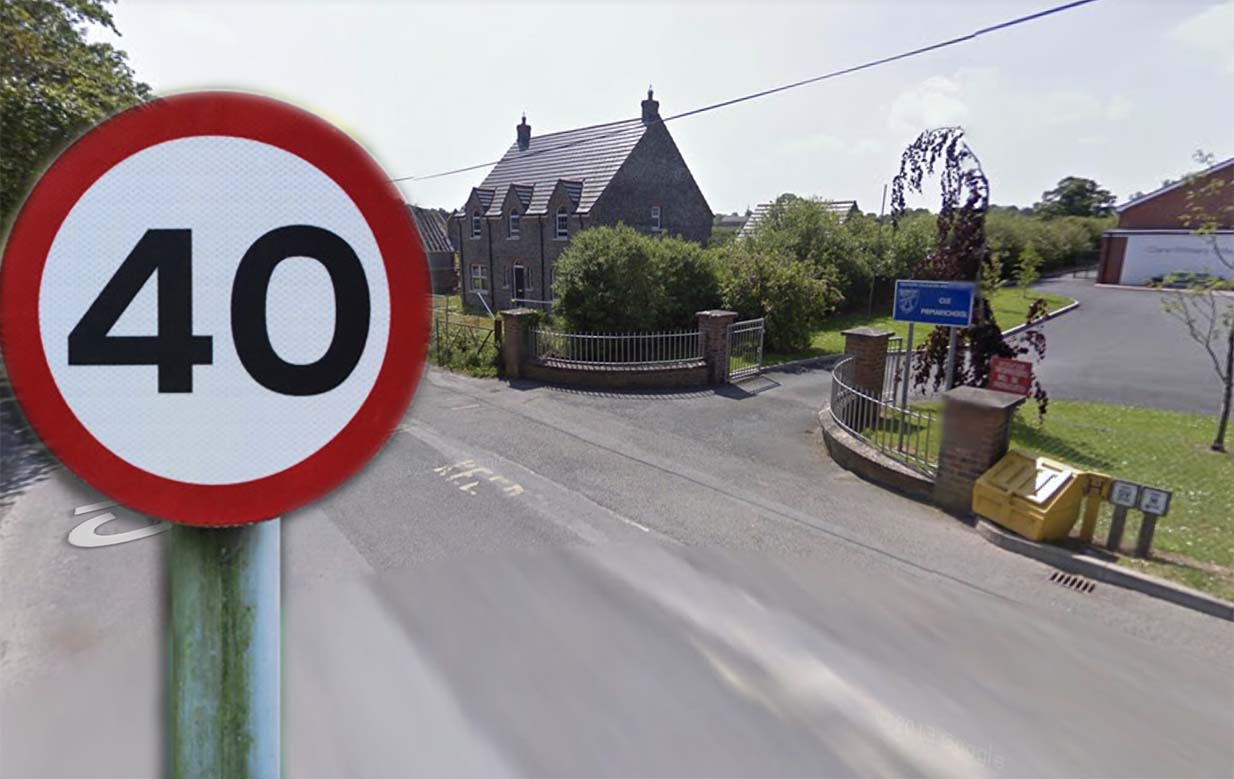 A campaign to see the speed limit dropped from 60 to 40mph near a Co Armagh primary school has finally paid dividends.

Transport NI confirmed to Armagh, Banbridge and Craigavon Borough Council that they would be moving forward and implementing the changes.

The 40mph speed limit will come into effect on the B2 Clare Road, Cloughoge Road and part of the Drumnamether Road in Clare village, near Tandragee.

“This has been a lengthy lobby and I am delighted that Transport NI have carried forward this matter,” said Mr Irwin.

“I received a number of representations on the issue of speeding vehicles through Clare and considering there is a flourishing Primary School and additional residential dwellings, concerns have risen in recent times.

“There is an onus on all drivers to exercise care and attention when driving and this includes when driving through residential areas.

“Speed is a huge factor in many accidents on our roads and with a school close by it is even more imperative that drivers drive slowly through Clare village.”