Proposed house extension for disabled family a branded a ‘monstrosity’ 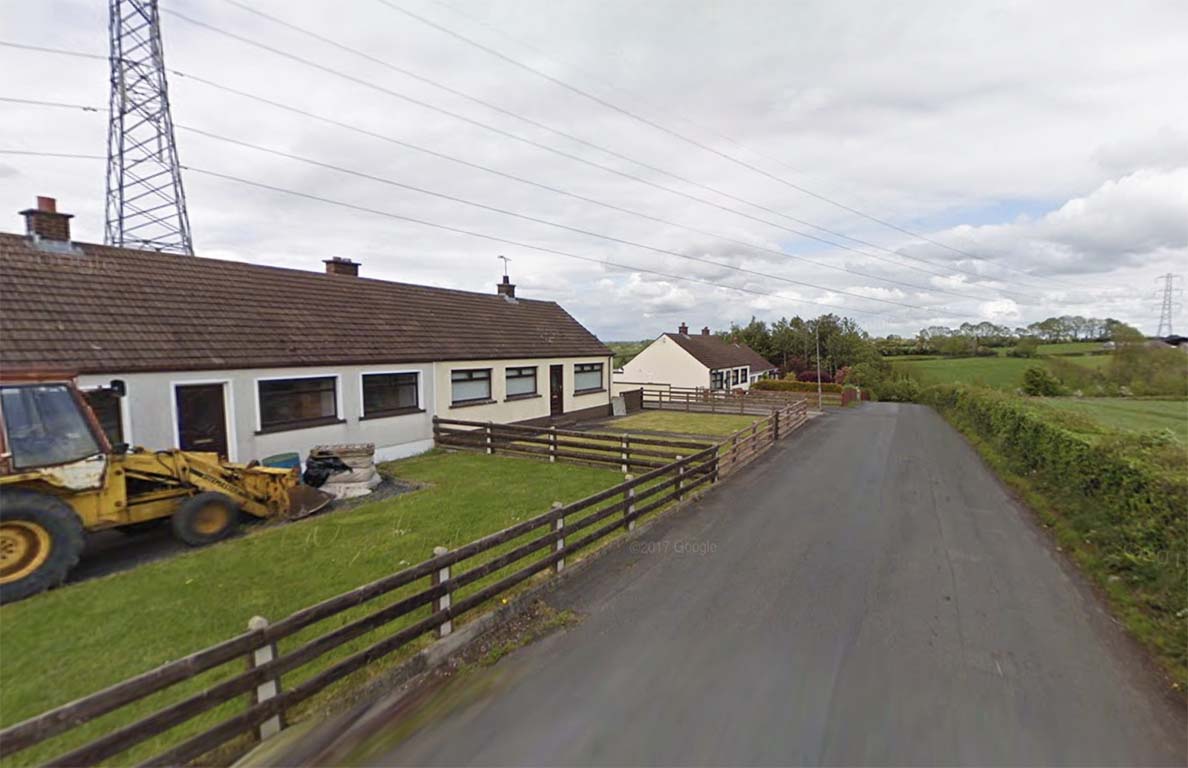 Housing Executive plans to adapt a family home to cater for a child in a wheelchair could result in a “monstrosity” which would impact upon neighbours.

That was one of the arguments brought forward by a local councillor in objecting to an application for the modifications of one of the Taylor Cottages on the Laurelvale Road in Tandragee.

Independent Unionist councillor Paul Berry said he had every sympathy with the family concerned.

But the proposals by Housing Executive, he said, were in no way sympathetic to the neighbouring properties, all of which were privately owned and whose owners were objecting to the developments, as it would have a “severe negative impact”.

The Housing Executive had sought planning approval to amend the property, which is home to a family of eight.

It sought to construct a single storey side, front and rear extension to provide a living room, kitchen, store, bedroom and shower room, as well as new ramped access to the front of the dwelling with alterations to access

The arguments were raised at a meeting of the planning committee where it emerged – in response to questions by Ulster Unionist councillor Sam Nicholson – that, while the adaptations were to accommodate a child who was wheelchair dependent, the disability requirements were not limited to that one person.

While the design of the extension had been predominantly for the disabled child, there were other factors for the family that had to be considered within that process, senior planning officer Trudi Chapman had told the committee.

She had explained that the Housing Executive had been searching for a property for the family in question since April 2015 and was continuing to seek out any possible alternatives.

There were eight members within the family which was “limiting the availability of a suitable property for them”.

A case had been put forward by the Housing Executive on personal circumstances but, because of Data Protection, those could not be elaborated upon in an open forum.

But it had been confirmed that the Housing Executive had searched the whole of the former Armagh City and District Council area on the advice of an occupational therapist.

Ms Chapman said the family in question was currently living in rented accommodation which was in breach of the Housing Executive’s protocol because it was only a short term measure rather than long term.

The Housing Executive had also considered a social housing scheme within Armagh but the properties were not large enough to accommodate the family.

While the Executive was continuing its search, she told the meeting there were “no single storey dwellings that had a large enough garden or curtilage to allow modification” and there was “nothing within its current stock that met the family’s needs”.

While the property at Tandragee did not currently meet the needs of the family, if extended, it would, the meeting heard.

Councillor Berry, along with residents living beside the proposed development, gave voice to their objections at the meeting.

He explained that all of the Taylor Cottages, except the one before committee, had extensions made to the rear of them between 1985 and 2002, but all of these had been small because of planning stipulations.

It was his opinion that the proposal was not in keeping with neighbouring homes due to its scale, massing and design and was in no way sympathetic to the neighbouring properties which were owned privately by the objectors.

He pointed out that the planning officer’s assessment stated that the garden to the front of the property would be less and would be used for parking and the driveway along the entire side would also be greatly reduced as a result of the proposal.

Approving these changes, he added, would “completely and utterly destroy that”.

In his opinion, the proposal hung on a disability and, while he was sympathetic to someone who was disabled and was aware that the needs of the family were important, so too he said were the concerns and weight of circumstances of the neighbouring homeowners. Councillor Berry believed the Housing Executive, as a large body with “quite a housing stock”, could do more to look in the area or even at private properties for rent.

As an estate agent, he said he worked with an organisation called ‘Smart Move’ who worked closely across Northern Ireland with the Housing Executive, and he knew of properties that the Executive rented from them.

These were for four and five bedroom properties and not three bedroom houses and he would have thought Smart Move could have helped the family in question.

Councillor Berry felt the homeowners had rights too and not just the Housing Executive as a government body.

He questioned if the Executive had considered other housing stock – which he did not believe they had – and he requested that the application be reconsidered with an opinion to refuse because it was “contrary to policy” and had raised concerns through the officer’s assessment and conclusion.

He added that planning policy under ‘People with Disabilities’ stated “sympathetic consideration” could be given an application and policy ‘may’ be relaxed, but it had to be an imaginative and innovative design.

The Independent Unionist representative insisted that, in this case, policy criteria “should not be relaxed to approve such a monstrosity on the doorsteps of these neighbouring properties”.

Two residents also voiced their objections to the proposals at the meeting.

One said she had lived in her home for many years and enjoyed the peaceful location, but this application had caused her much stress and anxiety.

She insisted the proposal was not in keeping with the other cottages and she believed she would be “affected greatly by the massive extension”.

Another neighbour said he and his wife were severely disabled and had converted their home to suit their needs; he had submitted his confidential medical information with illnesses described as varied, strong and life threatening.

He said the property in question had been empty for three years, apart from providing temporary accommodation for a period of three months.

The neighbour had bought his home under medical reasons as it was a quiet, peaceful and settled area.

He believed the size of the intended development and number of bedrooms would be counterproductive on that and he feared for his own health and that of his wife.

The neighbour felt that the proposal would destroy the look of their properties and it was not a workable option.

And, while he had “great respect for disabled people and their carers” and had “worked with them in Bannvale for many years”, he still believed that the proposal was wrong and the wrong place for it.

It was confirmed during the sitting that officers had suggested the Housing Executive revise the proposal, but it said it had been designed in “strict accordance with requirements from an occupational therapist”.

It had, therefore, been a “balancing act between the aesthetics of the proposal and the need of the family and greater weight had been given to the family’s needs”.

Senior planning official Ms Chapman reiterated the Executive’s assertion that it had “searched far and wide for alternatives” and the Tandragee proposal was the “closest they could find that was suitable and adaptable to meet the family’s needs”.

At the same time, councillor Sam Nicholson expressed his disappointment that, firstly, nobody from the Housing Executive had come along to the meeting when the application was being considered, and secondly, the “lack of supporting evidence from them” in relation to the proposals.

SDLP councillor Mealla Campbell said she was having a “real struggle with the application”, because there was currently a family in housing crisis who were living within temporary accommodation which, according to the Housing Executive, was not sustainable.

But in her opinion there was insufficient information to make a decision on the case being put forward by the Housing Executive; she would have liked to have heard more detail on the search undertaken for suitable accommodation – such as purchasing, knocking properties together, social housing and such like – but, unfortunately, there were “no representatives from the Housing Executive in attendance”.

Councillor Campbell also pointed to the fact that a family living next door had health implications too, which could be adversely impacted upon by the proposed development.

Councillor Berry repeated again his concerns and claimed that family in question had been in “housing stress for some time”.

He said “questions needed to be asked” from the Housing Executive on any previous properties within their stock that had been adapted for the family and what the reasons were for them leaving.

It was his view that, if the property was adapted as proposed, it would result “in a monstrosity” and the family it was intended for “could potentially up and leave anyway”.

On the proposal of Alderman Hatch, seconded by councillor Nicholson, the application was deferred, pending the receipt of further information from the Housing Executive and objector.