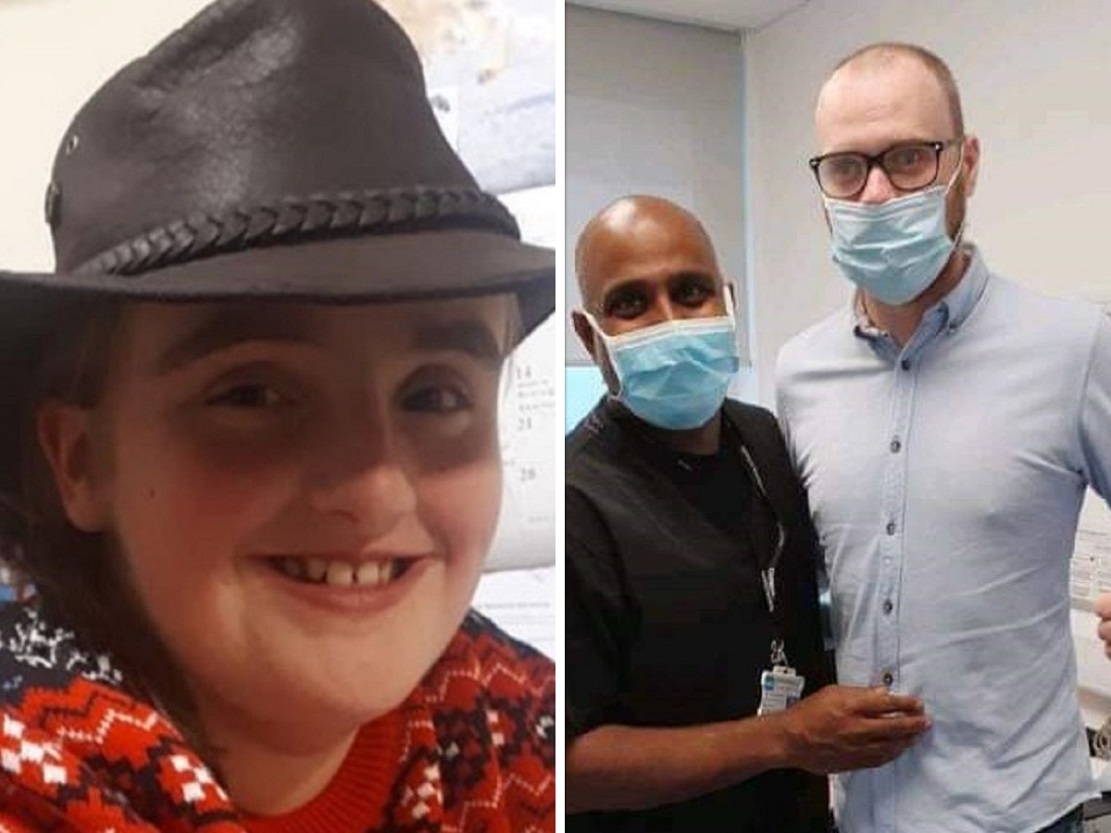 The two people shortlisted for the Overcoming Adversity Award  have both been dealt hard hands and challenges to battle in their lives.

The award, sponsored by Traynors, highlights someone who has overcome all the odds to make a difference to someone’s – or many people’s – lives.

Ryan Taylor, from Tandragee, was nominated by his sister Katie Guiney after he had what she described as the “worst Covid year of anyone”. The 35-year-old had been suffering for a number of months from what was believed to be vertigo, when in March 2020 he was diagnosed with a brain tumour.

“He had been going to the GP for some time but they kept saying that it was vertigo, which they put down to him working in a factory and being around loud noises,” explained Katie.

“Then just as were heading into Covid, he had an MRI and the tumour was discovered, they said it was about three quarters the size of a tennis ball and so they believed it had been there some time.”

Then on March 23, before we knew how much this pandemic would last and as Boris Johnson announced the first lockdown, Ryan had surgery to remove the tumour at the Royal Victoria Hospital in Belfast.

“The surgery almost didn’t happen,” said his sister, “because they didn’t want him to get the ICU bed, but his brain surgeon was just amazing and fought hard with the board of directors for him to get the surgery that day.

“The tumour was so big that it was stopping the fluid in his brain getting up and down his spine, causing hydrocephalus. His surgeon told the directors that Ryan wouldn’t last as long as the pandemic.”

Ryan spent the following 116 days of lockdown at the hospital in recovery, unable to see his family.

“It was really awful not being able to be there for him,” said Katie, “it is so hard but you really try not to look back on it and move on”.

While in hospital Ryan fought hard  to recover, having another four brain surgeries and a permanent shunt installed to help manage the brain fluid.

Following this came 18 months of rehabilitation therapy, with Ryan having to learn to walk again and how to live with vision and cognitive impairments

Katie said: “While 2020 and 2021 have been hard years for all, Ryan has faced unbelievable adversity and pain with a strong determination to regain as much as his life back as possible.

“Every day is challenge yet he faces it with humour and acceptance and we couldn’t be prouder of him.”

A talented pool and snooker player, Ryan grew up competing throughout the borough and Northern Ireland, he recently returned to his old haunting ground at the Regal Pool Hall in Portadown.

Katie said: “He is still unsteady on his feet, still not seeing well and not winning as many frames as he is used to but Ryan is enjoying getting to do what he loves best.”

Our second nominee is Katie Creegan, from Crossmaglen, who has been nominated by her mother Patricia. Born on May 28, 2003 at 4.30pm by emergency C- Section weighing just one- pound and 14 ounces, Patricia said her daughter had been “fighting tooth and nail” since.

Much of Katie’s young life was spent in and out of hospital, at nursery she had a nurse with her in order to help assist her complex medical needs, namely congenital central hypoventilation syndrome, which included oxygen therapy throughout the day.

Patricia stated that her daughter missed out on many things growing up, being left out of birthday parties over concerns for her health and not being able to attend school trips unless her mother was able to go with her.

“She battled through nursery and primary school, then when she went to secondary school she decided that she didn’t want a nurse and that’s exactly what she did, “said Patricia.

“She has had her struggled but she never lets it get her down”.

From a young age Katie showed a great love of animals, at five she began horse riding which is something she continues to compete in to this day.

Patricia explained how whilst getting lessons Katie had to have an addition to her saddle which held her oxygen and breathing equipment.

“She still went back every single week, at one point she was going every other day and she went on to win Rosettes all over Ireland,” said the proud mother.

After secondary school, Katie went on to college where she completed a course in Animal Science, all whilst dealing with her illness.

However, Patricia nominated her daughter also for her amazing ability to put all others before herself.

“Katie’s sister was born in 2009 and developed epilepsy”, she explained, “Katie stepped up and helped me manage her sister’s seizures. My father had a massive stroke in 2019 and again Katie stepped up to help me.”

In August, the 18-year-old was also there to help her mother after she had hysterectomy.

“I am so proud of the woman she has become and the battles she has overcome to date”, Patricia said.