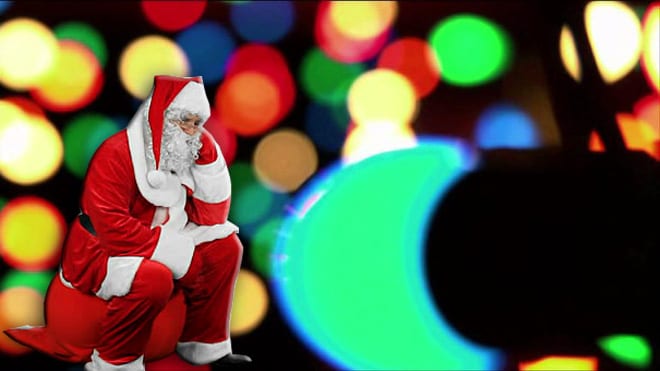 Christmas is a time of festive cheer but in one county Armagh town, it seems anything but…when lights are concerned at least.

Residents are angry about the sub-standard Christmas lights in the town with one claiming that what’s on show is “tantamount to an insult to the rate payers, voters and children”.

This one Facebook comment also compared Portadown, Armagh, Lurgan and Banbridge to Las Vegas while “the small towns look….shabby and neglected”.

However, despite the obvious wattage shortcomings in tandragee, councillor Gareth Wilson has made assurances that this complaint will soon be a thing of the past.

“I raised the very real concerns of local people some months ago in the Council Chamber and a process is now underway to review the lighting in ten towns across the Borough in this programme of enhancements and I ensured that Tandragee was one of the towns to benefit,” said Alderman Wilson.

“In Tandragee over the years there has been a wide variety of groups and organisations and indeed individuals, who have organised switch on events for the town and the effort put in year on year is top class and enjoyable for everyone.

“Last year’s switch on event in the town was cancelled due to the weather which was extremely stormy on the night and of course no one can control the weather.

He added: “I have been listening intently on the issue of lights and I have again passed to officials the very strong views of parents and indeed kids on the need for much more colourful and vibrant lights for the town and I have been assured again this afternoon by officials that this work is being undertaken to ensure that the town receives its fair share for next year.

“A specialist festival lighting company was in the town on Tuesday night with council officials to see the current lighting and to put forward designs and ideas to transform the lighting.

“This will involve another three companies who will then enter a tender process. I will of course keep a close eye on proposals before final decisions are taken.

“That of course does not address the lighting concerns this year and ABC Council is very aware of this fact, however the council has engaged in a very comprehensive process to enhance lighting which I believe will address concerns and I know the town will be all the better for this work when it is complete.”