Three crews battled blaze which is being treated as accidental 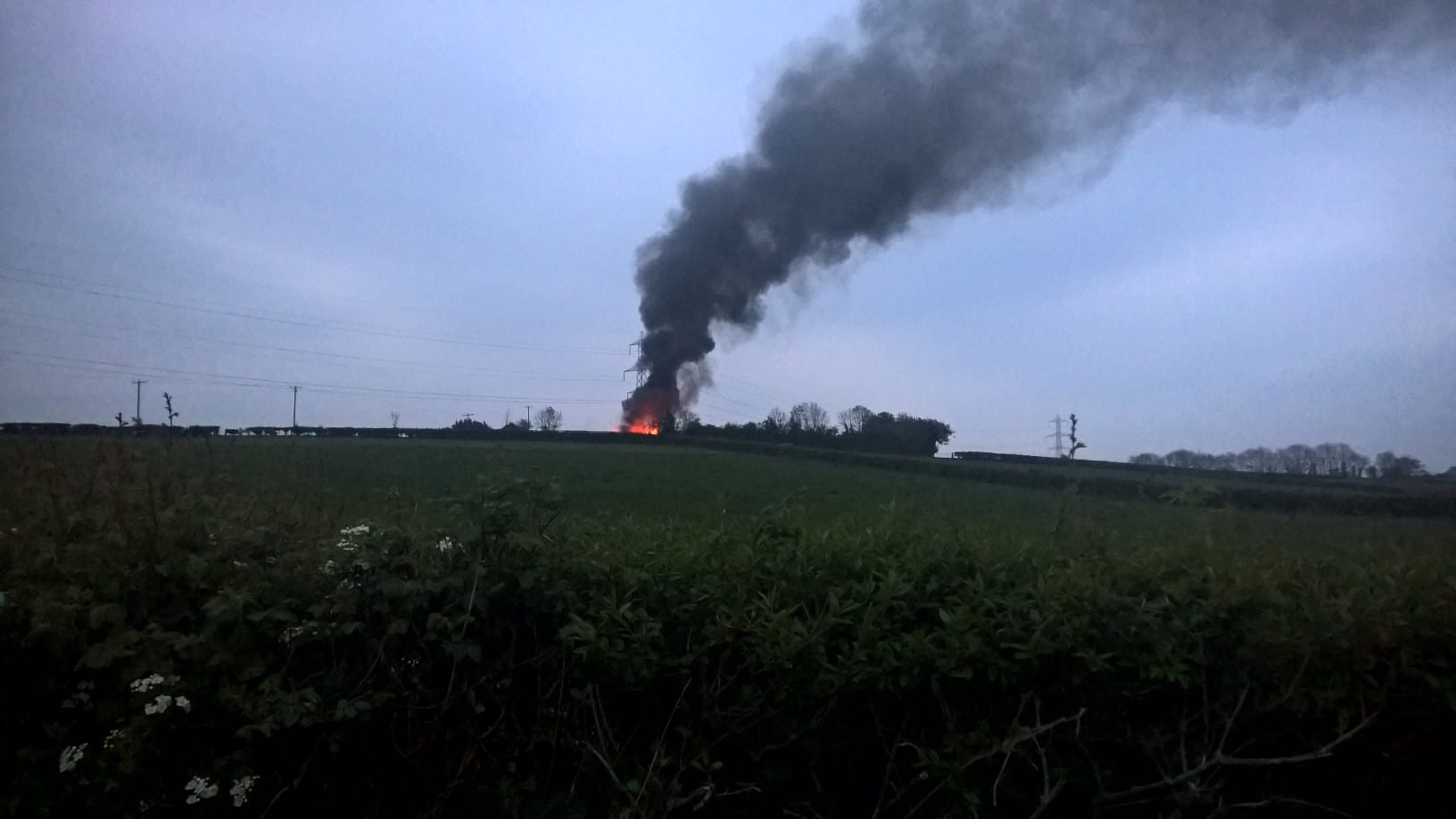 Fire crews from both Armagh and Portadown were called out to Tandragee to fight a major blaze last night (Thursday).

A plume of smoke and flames could be seen for miles and locals told Armagh I of having heard a loud bang before the blaze.

The Northern Ireland Fire and Rescue Service were alerted to the fire – at Coolyhill Road in Tandragee – shortly after 9pm.

The fire began in a tractor which then spread to a horse lorry.

This also spread to a horse shed on the property.

Two units from Portadown and a third from Armagh raced to the scene tackled the fire and it was not until after 10.30pm that it was brought under control.

An NIFRS spokesperson said the properties were “well alight” when firefighters arrived and the blaze was not malicious.

She told Armagh I today (Friday): “The cause of the fire is being treated as accidental.”

Fortunately, no animals were harmed as a result of the fire.