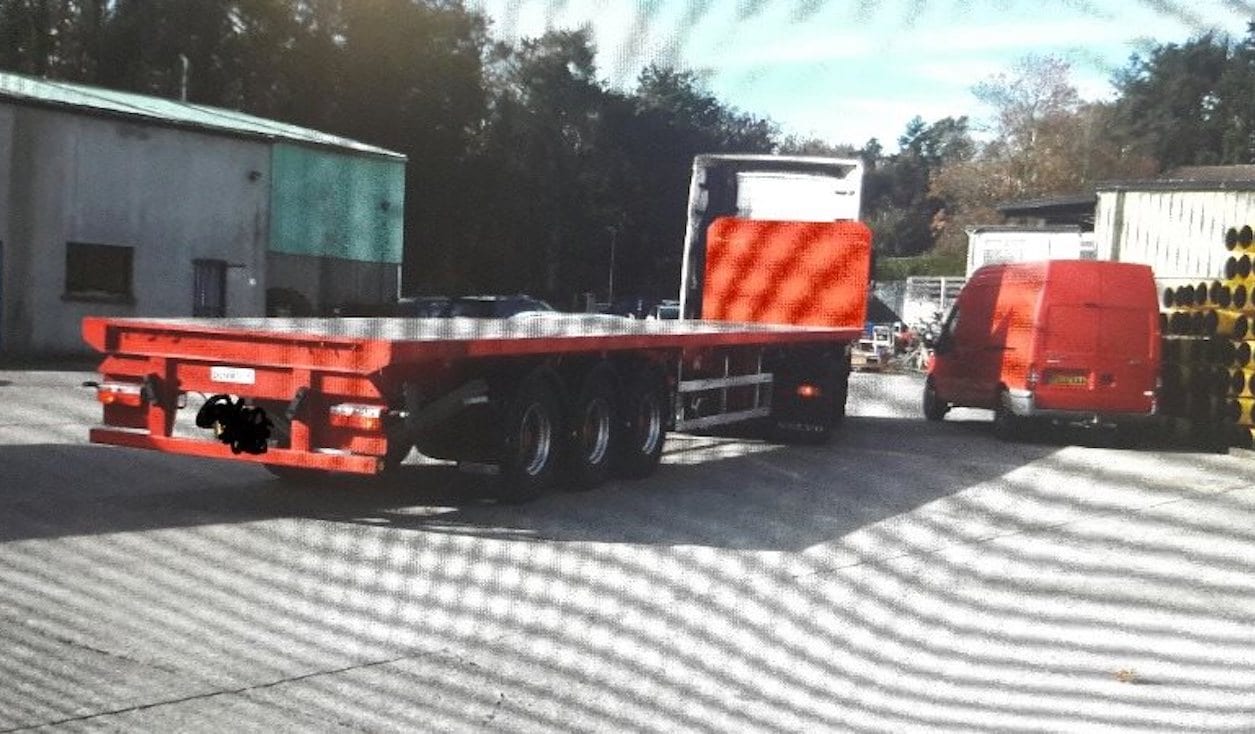 The owners of a stolen Dennison lorry trailer are offering a £2,000 reward for information which leads to its recovery.

The trailer was taken shortly before 5pm on Wednesday from a yard on the Gilford to Loughbrickland Road, just outside Scarva village.

The owners also obtained cctv footage of the Volvo truck coming into Scarva village from the Loughbrickland side.

It’s then caught traveling back through Scarva towards Loughbrickland with the trailer on behind.

The lorry is very distinctive.

The same truck is spotted passing an UlsterBus on the A27 Portadown to Newry Road at approximately 5.10pm at Halliday’s garage just outside of Jerrettspass.

Police have also issued an appeal.

A spokesperson said: “A Red 2018 Dennison Flatbed trailer (trailer number 9848) was taken from the Gilford Road, Scarva where it had been parked. The trailer has CW galvanised posts and side lockers.

“The trailer was not displaying any plates and was last seen between 5-5.30pm being drawn by a white Volvo lorry travelling towards Loughbrickland, but it may have went in the direction of Poyntzpass/Newry.

“Did you see this lorry/trailer in or around the area at this time?