‘A lovely boy who always had a smile on his face’: Tributes to little Jay after Scarva lake tragedy 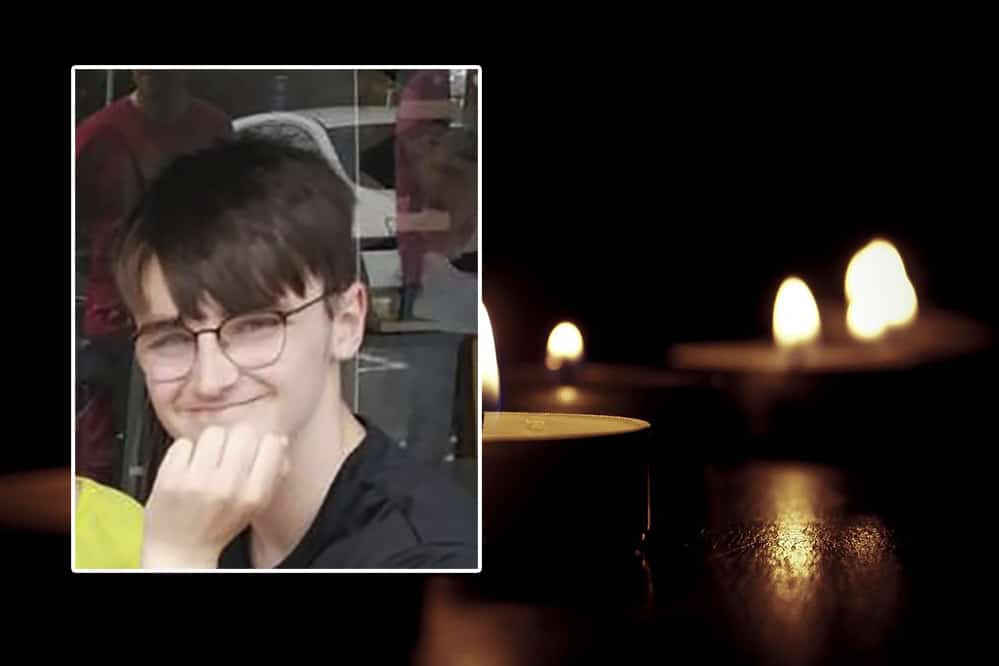 The teenage boy who died in a tragic incident at a lake in Scarva on Monday afternoon has been named locally.

He was 13-year-old Jay Moffett.

Police said it was reported that at around 3.30 pm, a boy had gone into the water in the area.

Officers attended the scene along with other emergency services colleagues, including the Northern Ireland Fire and Rescue Service and Air Ambulance NI.

Jay was taken to hospital, where he tragically passed away.

Police said the death was not being treated as suspicious.

Jay, a brother to Ollie and Daisy, was the eldest of the three siblings, a much-loved son of Caroline and Wayne Moffett, who lived at Scarvagh Heights in the village.

Grandparents Tom and Hilary Greer are the popular owners of the village pub, the Park Inn, which has been “closed until further notice”. Mum Caroline owns the Shady Lady nail salon just across the road, where all appointments have been “cancelled indefinitely” after the tragic loss.

The family are well-known and highly respected in the village and the news has left the local community devastated.

Gary Magwood, Group Commander at NIFRS, speaking to RTE’s Morning Ireland on Tuesday, said: “Upon arrival, crews were met with a traumatic scene, where we had the young man’s father in the water trying to retrieve his son, being assisted by a colleague, a friend of the family.

“Our crews assisted with ropes and lines and they were able to recover the young man from the water, medical assistance was rendered at the scene and then he was transferred to Craigavon Area Hospital where he was pronounced dead unfortunately.”

He added: “At this stage our condolences go out to the family. This is a traumatic incident, including that for our crews who are from the local area, and are known to the family.

“As a father myself, this has a devastating effect on the crews and the local community and the family, we are just devastated by what has happened yesterday.

“I am led to believe that he had went down with a few friends and they had to got into difficulties within the water. The friends left to get help and subsequently we were notified and attended, and that is my understanding of what happened.”

Reverend Rodney Magennis, of Loughbrickland, Donaghmore and Scarva Church of Ireland, annouced he was opening St. Matthew’s Parish Church of Ireland today (Tuesday) from 3pm until 6pm for “anyone who would like somewhere to go, to sit in the quietness and pray for this family who are going through this dreadful time”.

“As a church in the heart of Scarva village we are deeply saddened by the tragic death of a 13-year-old boy in a local lake.

“We offer to his family and friends our prayerful love and support in the days that are to come.

“It is a tragic event to happen in such a beautiful village and everyone is feeling the shock of it all.

“Please do come for even just a few minutes as we remember before God this family as they deal with what has happened.”

Tributes have also been paid on social media to the 13-year-old.

“All of us at the club pass on our sincerest condolences to Wayne, Caroline, Ollie and Daisy. Rest easy Jay, we will all miss that big smile.”

One woman described him as a “lovely wee boy who always had a smile on his face”.

Another said: “An absolute tragedy. My prayers are with all his family and his wee friends. He was such a happy little boy taken far, far too soon.”

And he added: “My thoughts are with the family at this difficult time.

“The loss of a child is something no parent should ever go through.”

“Thoughts and prayers are with the family and his friends,” he added.

Upper Bann MP Carla Lockhart expressed her sorrow at hearing of “another family plunged into sorrow after the death of a young teenage boy”.

She said: “Please remember the family in your prayers as they come to terms with this harrowing tragedy. To the emergency services and anyone else who assisted, thank-you.”

Her DUP party colleagues, Councillors Paul Greenfield and Junior McCrum, added: “Our thoughts and prayers go to the family of the young boy.

“There are no words that comfort at this time or such loss.

“We know that the family will be much prayed for and supported by the local community.”

All of us here at Armagh I would also like to express our own sympathies. To the entire family and all affected by the loss of Jay, we offer our deepest condolences and pray for strength for you all in the days which lie ahead.