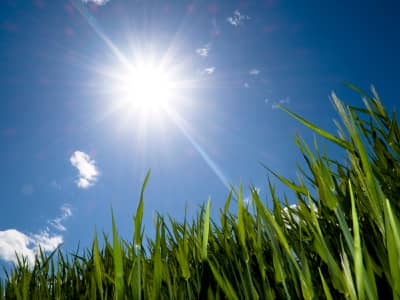 The mercury will be rising over the coming days with Northern Ireland gearing up for a mini-heatwave of sorts.

In fact, if forecasters are right, temperatures should surpass those in France, Spain and Italy.

It should certainly lift the spirits after a winter of floods, gales and misery.

Only last week snow was falling across the district.

But now a weather warning of a different sort is coming into force.

Sun! Strong! And lots of it.

Get the sun cream out, follow directions and apply well and often to prevent burning.

The next few days will be mostly dry, apart from some heavy rains early on Saturday.

Temperatures are expected to hit the mid-teens in Armagh.

By Saturday that will climb to the high teens and on Sunday should hit 20 degrees Celsius and above.

Monday will see temperatures peak – and it could hit as high as 22 or 23 degrees. Even coastal areas are expected to remain very warm with little by the way of wind.

According to the Met Office, Sunday and Monday will be “dry, very warm and sunny”.

And it is a pattern that will continue throughout next week.

There may be more cloud about at times, but temperatures will sit in the high teens – possibly more – throughout the whole week.

As we always do, dog owners are reminded not to leave their pets in cars with windows up when the sun finally comes out.