Still ‘no satisfactory consistency’ over locking of Shambles Yard 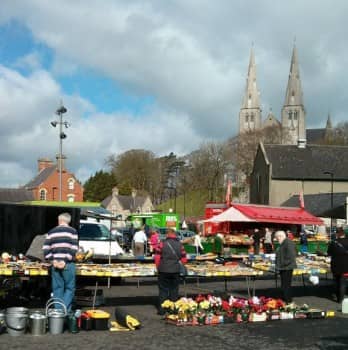 There is still “no satisfactory consistency” being shown with regard to the locking of the Shambles Yard.

That was the comment from SF Councillor Garath Keating during a recent meeting of Armagh Council.

It followed an earlier incident raised in April by Councillor Gerard-Paul White, who told of the plight of a motorist who had been locked in when he returned to his vehicle after visiting a local business.

In response to Councillor Keating’s assertion, the Council’s Strategic Director of Regeneration and Development Sharon O’Gorman explained that a proposal had been developed which required final approval and would be actioned immediately once this was secured.

Speaking at the same meeting, SDLP Councillor O’Hanlon reported that letters had been received from residents of Edward Street regarding the locking of the yard. He said he also understood there were also issues with litter and bins not being emptied.

Councillor O’Hanlon indicated that he had contacted Depot staff and the bins were subsequently emptied swiftly.

But he emphasised that Council needed to give serious consideration to the issues of bins and locking up of the yard as these were being raised on a regular basis.