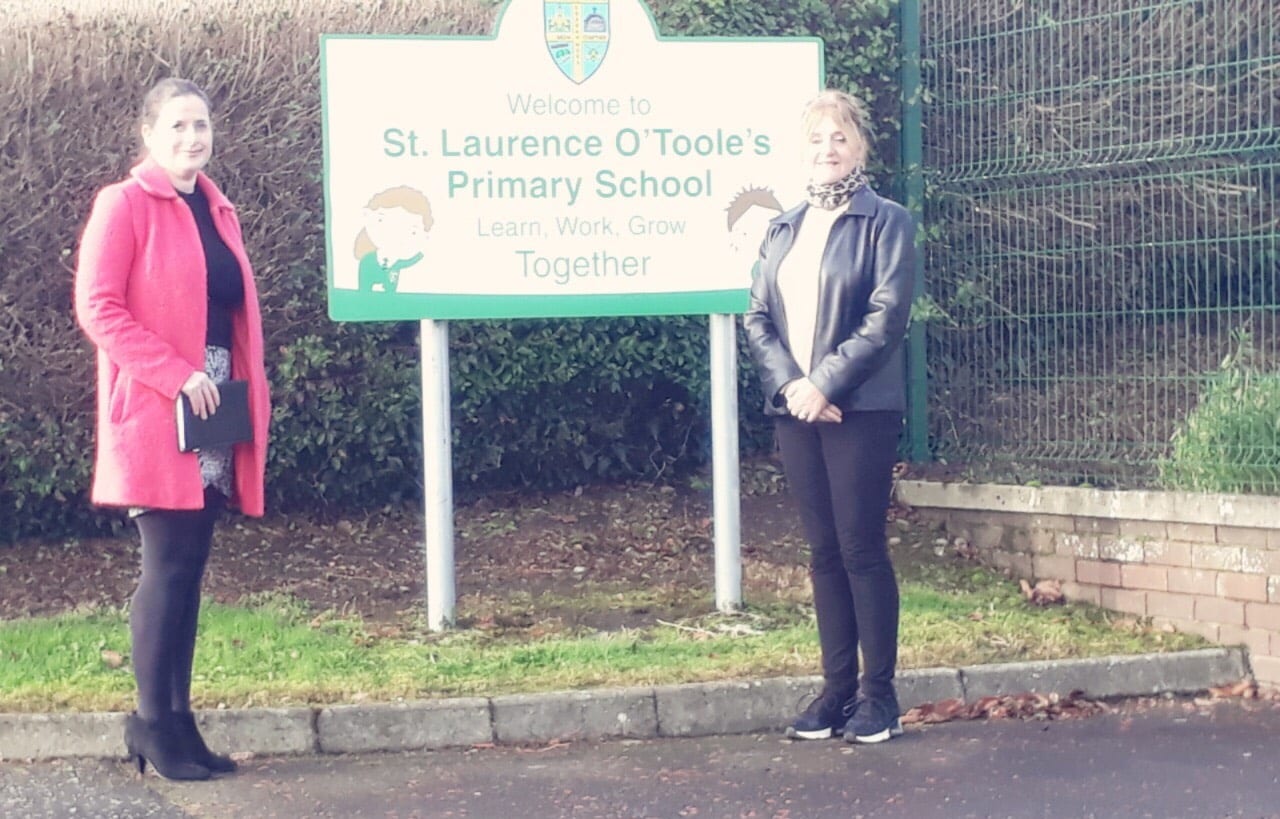 A series of traffic calming measures have been introduced at a south Amragh primary school following a sustained lobby by parents and teachers.

The Department for Infrastructure (DfI) will provide red textured patches and 30mph roundels at the 30mph speed limit signs for outside the local St Laurence O’Toole Primary School in Belleeks.

Slieve Gullion Sinn Féin councillor Oonagh Magennis stated: “Following sustained lobbying from the Belleeks Community Association and myself in relation to traffic calming measures needed for outside the local Primary School, the Department for Infrastructure (DfI) have agreed to provide red textured patches and 30mph roundels at the 30mph speed limit signs.”

There will also be red textured patches with ‘Slow’ markings at the School Patrol signs, and yellow Zigzags and ‘Keep Clear’ markings across the school entrance.

Councillor Magennis continued: “These are welcome developments. I also have requested the Department of Education to erect ‘Entrance’ and ‘Exit’ signage at the two school gates which will allow pupil ‘drop offs’ to flow more smoothly.

Thanking the Community Association and the principal, staff, parents and pupils of St Laurence O’Toole Primary School for their work in highlighting the safety concerns, Councillor Magennis said: “Our request for amber flashing approach lights to the school is also to take place.

“We will continue to work together to address further issues of concern, meanwhile I urge motorists to drive sensibly and safely going through the village particularly in the vicinity of the School.”